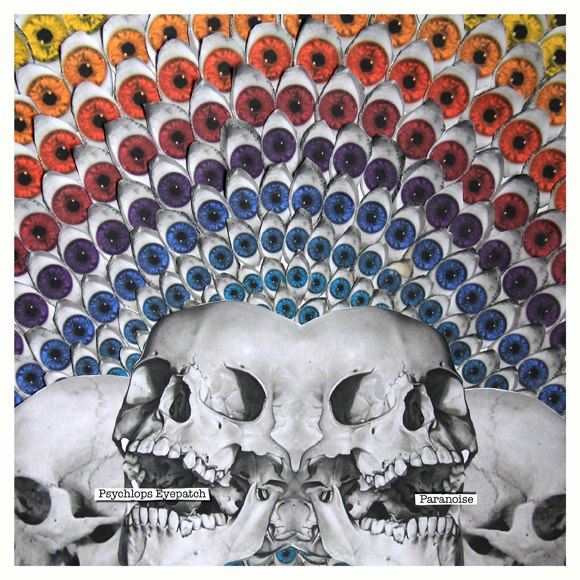 It's interesting how the Coral have spawned such a following of late. After releasing one album to great critical and commercial success (although in this writer's opinion their best work was still ahead of them), the music press began putting the knife in with each subsequent release, mistaking a maturing approach to songwriting for a lack of invention.
Fortunately the youth of today are still capable of independent thought and are paying attention. After success for fellow Liverpudlians the Wicked Whispers, and a promising debut 7" from Scottish band the Merrylees (produced by ex-Coral guitarist Bill Ryder-Jones no less), the next to follow in James Skelly and co's footsteps are Sydney's Psychlops Eyepatch, although they're far from being imitators. Using the Coral's scouse psychedelia as a platform, they add plenty of garage, surf and punk (all of the vintage variety, none of this new fangled b.s) to arrive at their final destination - which is a distinctive, and thoroughly entertaining debut.
Recorded in glorious analogue in Sydney's iconic Megaphon Studios under the watchful eye of producer Shane Fahey (uncle of Psychlops guitarist Nick), the six tracks on offer here showcase a confidence not often evidenced on a debut, with the "Janie Jones" meets B-52s surf punk of "Waves of Doubt", the moody, and occasionally flamboyant "Seven Seas" (check out the unexpected flamenco chord change), and the cinematic carnival of the marvelously titled "As Haunted As a Thousand Theremins" leading the pack in a tight race.

Available here on green vinyl, or as a download: