Some more great 7" records for your delectation today: 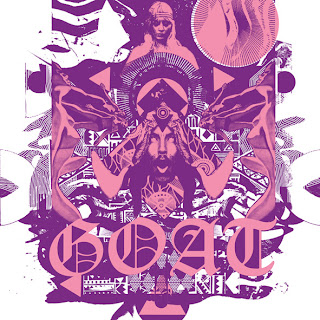 GOAT - STONEGOAT / DREAMBUILDING
Largely ignored so far in these pages (but only because everyone else has done such a good job championing them) Sweden's Goat were one of the bands of 2012. 2013 is looking pretty flash for them too, with these two sides effortlessly matching the terrifying yet danceable voodoo groove of last year's debut.
Banshee wails, guitars with indecent levels of wah wah pedal usage, and on "Dreambuilding" afro beats that sound like the paganistic rattle of cloven hooves - you know what to expect really.
Another five inches and a few more tracks wouldn't go amiss, but otherwise faultless.
Get it here. 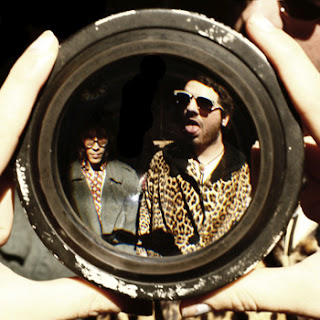 MR. ELEVATOR & THE BRAIN HOTEL - DREAMER / ARE YOU HYPNOTIZED?
I present to you proof positive (if any was still needed) that you don't need a guitar to reach the outer limits. These two infectious sides of playful but unerringly sinister organ fuelled psychedelia come from Mr. Elevator & The Brain Hotel, an L.A based three-piece with a nightmarish tinge that recalls Clinic at their most carnivalesque. Which is not to say they don't have cracking pop smarts, as the irresistible harmony vocals on "Dreamer" will attest to nicely. "Are You Hypnotized" on the other hand is something of a multi faceted epic with a delicate, crystalline outro to help ease the paranoia accumulated over the previous three minutes.
A new favorite.
Get it here.
Listen :

THE VICKERS - SHE'S LOST / ALL I NEED 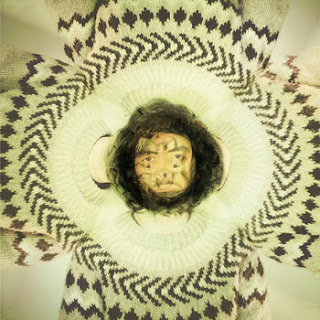 Continuing with the exciting new discoveries, this four piece from Florence, Italy have been on the scene since 2009, but this is the first (but hopefully not last) I've heard of them. It was love at first listen as soon as "She's Lost"s propulsive bassline emerged from it's cradle of backwards loopery. Coupled with a strict motorik beat, heavily reverbed vocals and a killer chorus with just the right amount of  psychedelic haze this is some pretty marvelous stuff.  B-side "All I Need" is similarly splendid, upping the garage quotient without losing sight of the subtleties that make "She's Lost" such a winning prospect.
One to watch.
Get it here.
Listen : 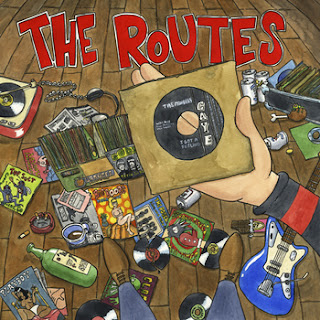 THE ROUTES - I GOT A FEELIN' / ALL I REALLY NEED IS LOVE
Japanese Nuggets worshippers the Routes are back with another short, sharp one two of sixties style garage punk. Lo-fi, fuzzy and anthemic, they stamp their own personality all over these lost sixties gems. The A-side sees them recasting the Mondels "I Got a Feelin'" with just the right amount of "gabba gabba hey", while the flip does it's best to contain a raucous run through of the Reasons Why's "All I Really Need is Love" complete with demented guitar break, and some unexpected freakbeat vocal mannerisms.
Get it here.
Listen :