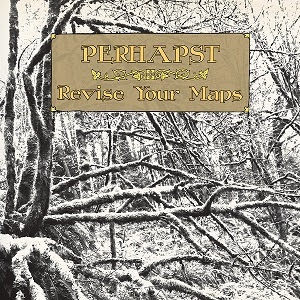 John Moen is a member of Portland royalty. The former frontman for the Maroons and current drummer for the Decemberists (as well as stints with Elliott Smith, Stephen Malkmus and Robert Pollard's Boston Spaceships), Moen is clearly a man that those with good taste wish to be around. One listen to his new album will make it fairly evident why this is.
Moen humbly claims inspiration from those he's worked with - fair enough, but he seems to have taken equal amounts of inspiration from his record collection too and has added plenty of his own voice to an album that makes a solid case for stepping out from behind the kit and doing his own thing a little more often.
"Revise Your Maps" has a sound steeped in classic rock. It's an album that sounds fresh and contemporary now, but could have been released at any point over the last 45 years and made the same impression.
Soaked through with tuneful melancholy, the label's press release suggests "The Notorious Byrd Brothers" and Squeeze as touchstones, to which I'd also add Tom Petty, Big Star, the Minus 5 and the less cerebral work of Wilco. A varied mixture of influences for an album that doesn't try to conform to any one genre's standards, but observes a wider picture that encapsulates powerpop, psychedelia, americana and a whole lot of jangle among other things.
Moen's songs all have a heart, and reach out to the listener unescapably, with the delicate wistfulness of the title track nudging only marginally ahead of a selection of songs that need to be experienced as a whole to fully appreciate.
"Revise Your Maps" is the sort of album one can imagine Uncut & Mojo gushing over relentlessly, and who could blame them if they were to do so? You can finally put to rest your beat up copy of "Sky Blue Sky", because there's a new boy in town.
Magic.