The Greek Theatre "Lost Out At Sea" Review 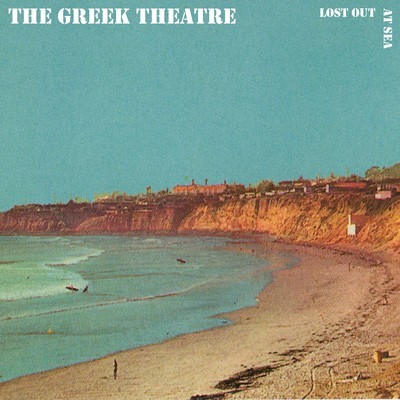 Swedish duo the Greek Theatre have a decidedly strange way of going about things.
Sven Fröberg explains : "Through the warm summer of 2009, just weeks after our formation, we managed to write what will become the complete Greek Theatre songbook. As none of us have written anything that comes close, in terms of quality, either before or after, we're stuck with those songs for better or worse. Our mission is to record and release our beloved tunes, in chronological order, spread over what will be four very different albums. When the mission is completed the band will cease to exist."
Now this is potentially very sad news indeed as "Lost Out At Sea" is one of the most effortlessly lovely records I've heard this year. While the prospect of four albums of this quality is certainly a pleasing one, I must admit that there's a greedy little corner of my psyche that wants more. Imagine if Dylan had called it a day after "Another Side of Bob Dylan". Crikey. Hopefully during the course of recording these four albums Fröberg and partner Fredrick Persson will rekindle the creative urge that led to these songs being written in the first place.
But I'm getting ahead of myself, you want to know about "Lost at Sea".
And well you should, because it's something of an understated masterpiece, a record with forebears in albums like Gene Clark's solo debut and David Crosby and Graham Nash's early solo albums - overshadowed albums that will never be as famous as they deserve to be but are nonetheless cherished by those with a more adventurous disposition.
Consequently it'd be a foolish man who forecast mainstream success for the Greek Theatre, but critical darlingship surely beckons and if they can follow up with albums of similar quality then some sort of cult is assured.
It's a record of two halves (both gorgeous) with the pacier material on the first side gradually giving way to a glacially slow, but achingly beautiful second half, which those with a shorter attention span may misinterpret as the album tapering off.
A few highlights then ; the steel guitars, delicate harmonies and punctuated brass of "Even You Will Find a Home My Son" captures the explosive rural psychedelia of "The Notorious Byrd Brothers" better than the Byrds themselves managed on subsequent albums, while the sublime "Frozen Highway" breaks into an unexpectedly epic instrumental passage with some fine, lyrical guitar work.
There's even room for a flute led psychedelic freakout in "Stupid Constapleton" - an unexpectedly heavy and heady interlude, in what is otherwise a very subtle album. “As I grow older I tend to gravitate towards music that sounds effortless, and not so eager to impress,” Froberg explains. “Help Yourself, Ernie Graham and Eggs Over Easy spring to mind."
An admirable approach, and an album that's destined for a cult following
Froberg promises that album number two will address the duo's love for folk-rock of the Albion variety with influences like Nick Drake and Fairport Convention being thrown around.

"Lost Out At Sea" will be released July 1st by Truce Records.

It'll be available at http://thegreektheatre1.bandcamp.com from that date. For now, you can stream it below :

Update (17 Sept. 2014) There is now a limited edition vinyl pressing available from Sugarbush Records. Get it here!