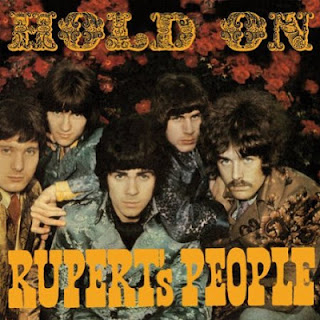 Rupert's People - Hold On
Guerssen Records
No stranger to U.K psychedelic collectors, "Hold On" sees Guerssen collecting the People's three singles, b-sides and other sundry bits and bobs. With a messy history involving three distinct lineups, it's no surprise that this is a bit of a jumble of styles from whimsical psych pop ("All So Long Ago"), Small Faces style psychedelic soul ("Flying High"), hard rock ("Hold On") and the moody "Whiter Shade of Pale" knock-off "Reflections of Charles Brown". The audio quality dips somewhat for the last few tracks, which show more progressive leanings and an interesting insight into what could have come next for the band. A mixed bag for sure, but some great stuff.
Available on Vinyl here. 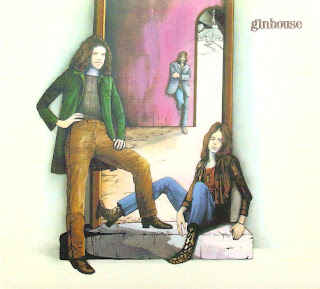 Ginhouse - Ginhouse
Esoteric Records
A longtime favorite of mine, it's great to finally see an official rerelease for this underappreciated classic.
Originally released in 1971 on the tiny B&C label this three piece inhabit the same sort of moody English netherworld as Black Widow, Leafhound and particularly Steel Mill.Or for listeners of a more contemporary bent, calling them a sort of proto-Wolf People wouldn't be stretching the imagination too much.
Very strong, atmospheric originals with moody flute and some aggressive guitar work mix well with a complete reimagining of the Beatles' "And I Love Her" which alternates between jazzy octaves and pummelling drums. Best of all though are the creepy cadences of "The Tyne God". Oh, and the sound quality on this blows my original LP out of the water, which as a vinyl lover through and through, it pains me to admit.
A classic ripe for rediscovery here, can't recommend it enough.
Available on CD here. 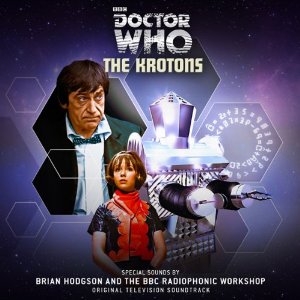 Brian Hodgson & The BBC Radiophonic Workshop - Doctor Who "The Krotons"
Silva Screen Records
The BBC Radiophonic Workshop circa 1968 was one of the most adventurous musical breeding grounds of the era, and Hodgson's incidental music for this Patrick Troughton adventure demonstrates that admirably.
Apart from the familiar theme, this is cutting edge, avant garde electronic music that certainly won't be to everyone's taste but will provide a welcome bout of nostalgic escapism for fans, and will keep scholars of early electronic music on the edge of their seats.
The excruciatingly limited 10" vinyl version seems to have sold out pretty much on release date, but you can still get the CD here.