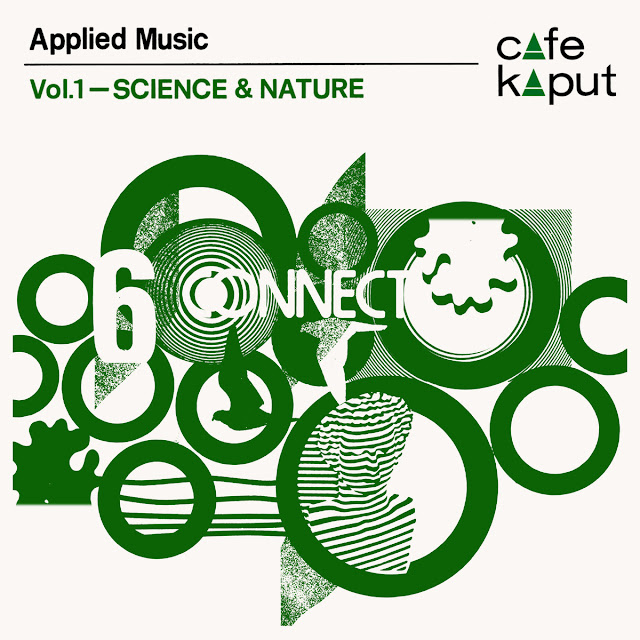 Not content with one quality release this year (get out from under that stone and check out "Shapwick" here), Jon Brooks of Advisory Circle fame has fired up his modular synth and put together this low-key and totally charming release for his own Cafe Kaput label.
Where Brooks' has often used Cafe Kaput as an outlet for his more abstract works in the past, this sees him at his most direct, and is the first in hopefully many volumes where Brooks distills his love of classic library music.
"Concise, succinct and targeted material specially produced for the broadcast, refreshment and entertainment industries. Vol.1 - Science & Nature explores our relationship with environments, travel and industry, among other topics." So reads the press release, and the ghost of British documentary television of the seventies and early eighties is very much in evidence here - "The Ascent of Man", "Arthur C. Clarke's Mysterious World" - you know the stuff.
In many ways this is closer in execution to the Advisory Circle's "As The Crow Flies" than anything else in Brook's catalogue so far (no bad thing!), with angular themes that never fall into the incidental music trap of setting mood without melody.
While anticipating wide-reaching appeal may be stretching the imagination a little, this is certainly a more direct and user friendly album than the majority of Library Music albums that it's influenced by, and an ideal gateway album for those keen to dabble in the genre a little. And if you're already a Brooks fan you can rest assured that the quality level hasn't dropped a notch.
Top, top stuff.