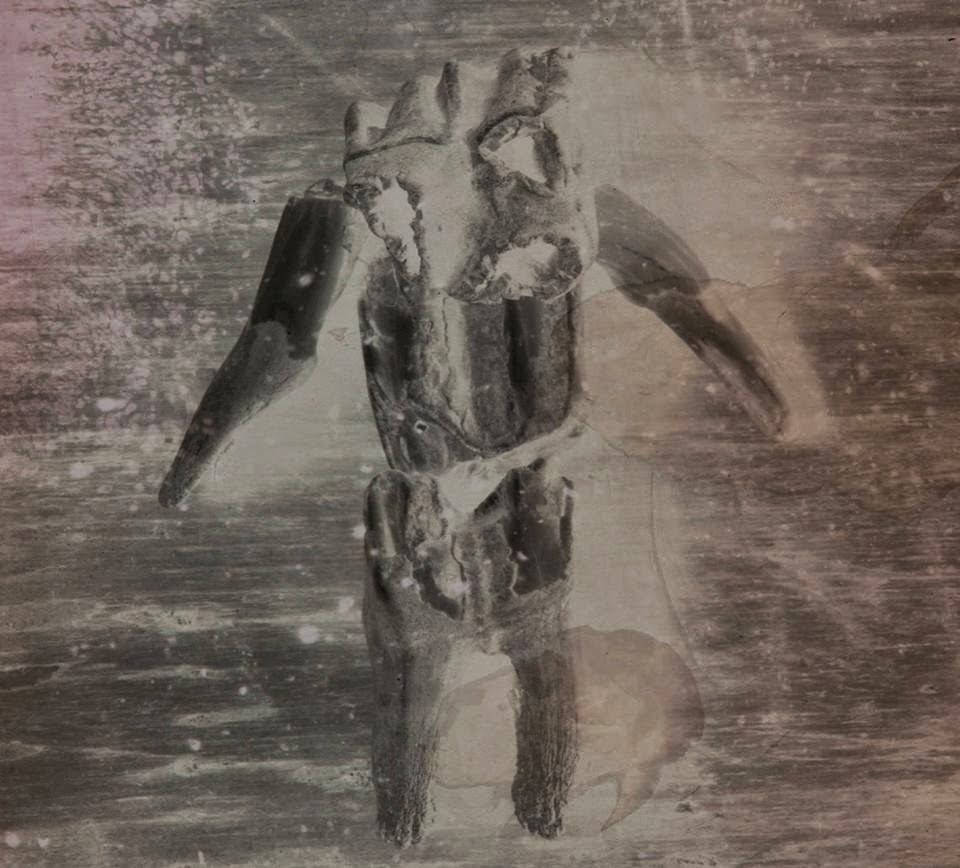 Doing what I do here at the Active Listener, it's not unusual for me to put off reviewing an album, and there can be numerous reasons for doing so.
Some albums take me an age to work out whether I actually like them or not (if not they certainly don't find their way to your ears via me).  Others take a ridiculously long time to reveal their charms, and then there are albums like this; albums that have an immediate appeal that I procrastinate around not because I struggle to put my love for them into words (although that is a common problem for me as well), but albums that find their way into my list of stuff to review 'next week' because I'm not ready for them to not be a part of my everyday listening activities today.

I've been listening to "Sir Oliffe Leigh & Other Ghosts" for a couple of months now and have come to the realisation that if I wait until I'm kinda sick of it before I tell you all about it, you won't get the chance to check it out until it gets the anniversary deluxe reissue treatment.

"Sir Oliffe Leigh & Other Ghosts" is the first work that Oliver Cherer has released under his own name rather than his Dollboy moniker, and it's a work of such intimacy that anything less personal would be doing it an immense disservice.

A treatise on loss, inspired by "being slightly obsessed with Russell Hoban’s 'Riddley Walker'", it has a strange otherworldly charm that Cherer attributes to "using instruments that I was less familiar with and trying to use them in unconventional ways. I was after the sound of an English indigenous music. ... it’s meant to sound like a kind of pagan folk music from a modern dark age." If I hadn't heard the album, that description would have sold it to me right off the bat, and it makes my job as a reviewer here slightly redundant.

What I will say is that it's a lovely, individual piece of work with transportative powers, which may well be the most successful fusing of Albion folk and Pagan psychedelia that this listener has so far heard. It's not all trippy and ethereal either. Cherer has a knack for stark, emotionally resonant balladry, with "When We Shut Down" being a particular joy in this department - naked, direct and unadorned.

"Sir Oliffe Leigh & Other Ghosts" is exceptionally English, and I'm tempted to suggest that outsiders shouldn't be able to connect with this in quite the same way as the English will, but despite its trappings this is assembled and communicated with such care that this listener, without a drop of English blood, was affected often - and often tremendously.

This should be huge.