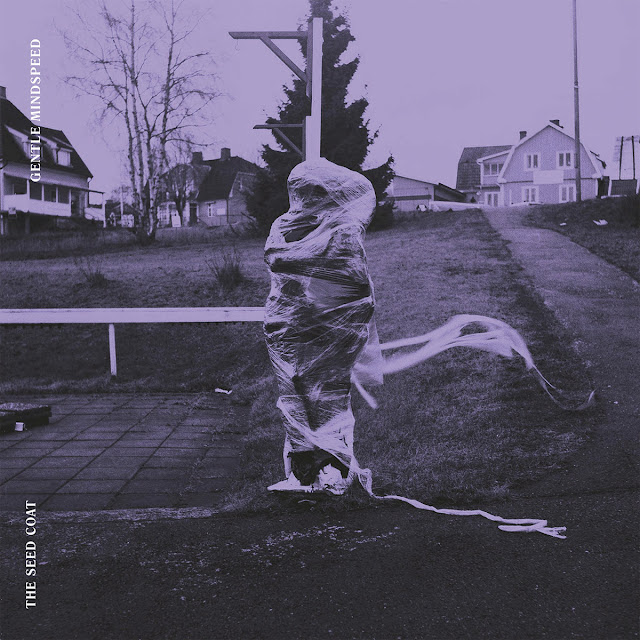 On their third full-length outing, The Seed Coat have come from the land of the longships and the rune stones to steal your mind and alter your consciousness. That isn't a threat, it's a promise as once again Swedish psych takes centre stage in Active Listener's London HQ.

'Read My Mind' kicks things off in a suitably promising fashion taking aim at rewriting 'Spirit in the Sky' from the perspective of someone trapped in a K-Hole after three or four days of solid chemical abuse with only a bottle of water and a Spacemen 3 record for company. Its stealthy and nauseatingly hypnotic to the point of being a hugely impressive sonic event. Things change up a gear with the second track, "Reflections of Your Mind" - its rippling paisley underground vibes wrapping up your frontal lobes in a beautiful haze of guitar, keyboard and breathy vocals. This is the sort of song that should be blaring from radios across the world and in every discotheque from Katrineholm to Kathmandu. Awesome!

The mysterious depths of 'The Ripples in the Kara Sea' submerges the listener into a watery submarine world of 80's indie-psych where sonar guitar lines probe your ears and cautionary verse keep you from venturing too close to the palace of Neptune. 'Wonderland' is all scratchy frequency searching diodes and slack-jawed spliffed-out-in-waltz-time wondering. Its a sky in search of a cloud. Sweet.

Things get really trippy when we dance around the 'Obstacle Tree' which has a distinct Broadcast feel to it (as does quite a bit of this record), with much fuzzy warbling, stun distort-guitar riffing and unexpected keyboard led breakdowns which are just drop dead gorgeous. I also get the feeling that the 'Obstacle Tree' concept has something to do with the front cover of this record which to my sonically battered and addled psyche is the product of a sick mind that wants to scare me and control my thoughts.

"Are You Dreaming Alone" jolts the active listener back into the flow of beatific almost devotional musing and Balearic beat which one could easily float away on into the blue. 'Travelling in a Capsule' starts off with some seriously synapse-rippling sound manipulation before settling into an almost menacing vibrato and keyboard wash twilight world of whispered vocals and time stretching snare beats with fabulous delayed recorder led (!) fade out - it's another real high(point). In fact at one stage during listening to this track I felt like I had begun to levitate whilst simultaneously my third eye opened and was astrally projecting me over the rolling forests of southern England. It was that kind of trip, frankly. And I didn't want to come down.

'How You've Been' fundamentally is all Bo Diddley on Valium and magic mushrooms as played by a bunch of recently released psychiatric hospital inmates (with some chops) and features an outrageously simple but stunningly effective guitar break, the likes of which I would like to be looped for about 5 hours and fed to me every night whilst I was asleep to keep my dreams sunny side up. It's so far out it's almost in.

Matters are brought to a suitably deranged and baffling end by the enigmatic 'Wonderland: Reprise' which exists in sound form just long enough to disturb your alpha rhythms before evaporating in front of your very scrambled senses.

So there you have it, not content in 2016 with already unleashing the startlingly excellent Lejonslaktet record (still available folks, track it down) Fonomonik Records now present the equally psychedelic sounds of The Seed Coat. Get down with the 'Gentle Mindspeed' on limited vinyl and other less beautiful but equally effective formats.