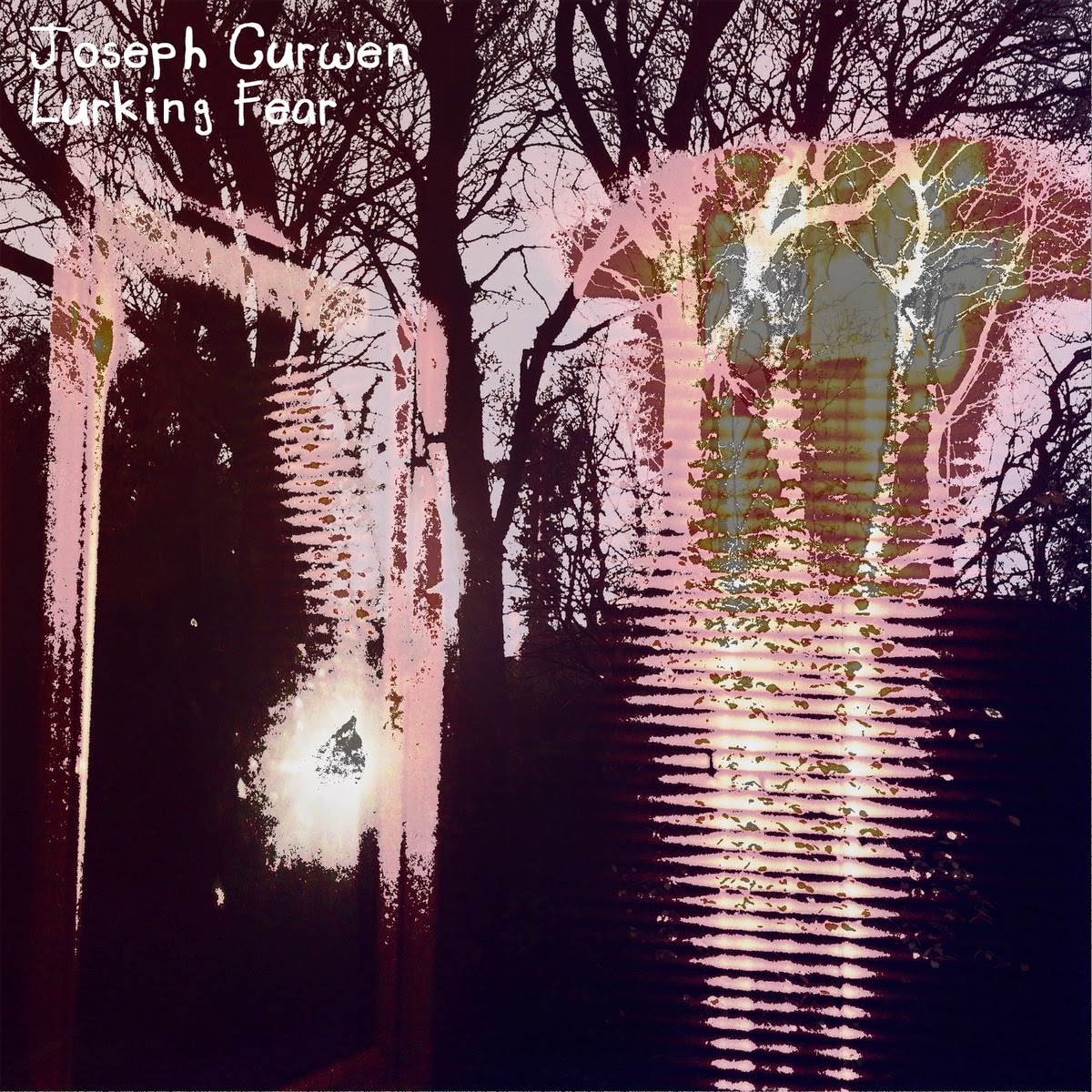 Newcastle upon Tyne artist Joseph Curwen's prolific and extensive back catalogue is a dark paean to the influences of HP Lovecraft, hauntology and radiophonic synth horror and utilises the most unsettling and spectral of drones and effects. The latest in his voyage into the deepest, wooded recesses of the subconscious, 'Lurking Fear' is a monolithic and hugely ambitious piece containing twenty-four 'Scenes', each exactly thirty minutes long. Not unlike fellow dronester Leyland Kirby's equally vast 'Sadly The Future Is No Longer What It Was' in terms of scope and experience this is music to immerse yourself in; this is categorically not background listening. The quote on the album's bandcamp page hints at the sense of twisted nature and ancient dread that the music radiates; ’There was thunder in the air on the night I went to the deserted mansion atop Tempest Mountain to find the lurking fear. Some said the thunder called the lurking fear out of its habitation, while others said the thunder was its voice."

The sound of birdsong begins 'Scene One' before a steady ritualistic beat shrouded in hum enters, joined by spectral and reverberating voices and tones that layer and build steadily creating a feeling of great unease and eerie tension. Each subsequent 'Scene' adds detail, adding to the folk horror air and adding sometimes a melancholy undertow ('Scene Two'), sometimes a greater urgency and abrasion ('Scene Three') or a symphonic edge ('Scene Five'). The same musical and sound components reappear altered and subtly changed in subsequent Scenes alongside the ever present woodland noises, making the piece a sum of its parts and a suite of sorts, albeit once hewn from the blackest of rural nightmares. Reminiscent of a more terrifying version of Nurse With Wound’s 'Soliloquy For Lilith' and similar in atmosphere to their disturbing 'Surveillance Lounge' this is not something you would want to have on your headphones whilst camping alone in the forest. Evocative of not only HP Lovecraft’s more rustic wyrd tales, ‘Lurking Fear’ is also suggestive of Algernon Blackwood's classic 'nature horror' story 'The Willows' or Arthur Machen's countryside chiller 'The Terror'. Stark, relentless and with a windtorn and woodland air this is the sound of nature turned on its head and malevolent. Dissociated voices (or what appear to be voices), hidden in the murk and digital crackle, glimpse through and utter in an unknown language. Choral strings and drones creep steadily nearer and pass by, a mass of haunted sound. The music shape shifts, becoming more orchestral, more metallic, though the heartbeat paced processionary drum remains still and steady. Whatever is approaching in the darkness it is patient, waiting. By 'Scene Twenty Three' strings and waves of synth flit between the speakers, adding yet more dread but along with a curious beauty and lushness. 'Scene Twenty Four', to finish, is the sound of the thunder (or is it a vast voice?) evoked in the aforementioned quote, a hollow deep ringing descending into pulsating waves of sound. At last, the crackle and birdsong ends, cultimating in an almost audible silence after the extensive and immersive journey that the listener has been on. It is truly breathtaking. Whilst the album’s sheer length might mean that listeners may choose to approach the album in segments or choose from the twenty four ‘Scenes’, each piece offers something substantially different to the one previous and each has its own haunted grace.

If you haven't come across Curwen’s muse before you are in for a treat. Many of his albums (each as carefully, cleverly constructed and composed as this one) are available as ‘name your price’ on bandcamp whilst others have enjoyed short run releases on cassette. A true pioneer of unsettling dronework, there are swathes of dark riches to be found, to be bewitched and terrified by. Wait until nightfall, turn the lights off and enter the haunted, drifting and wraithlike world of Joseph Curwen.