You're Smiling Now But We'll All Turn Into Demons "Population IV" 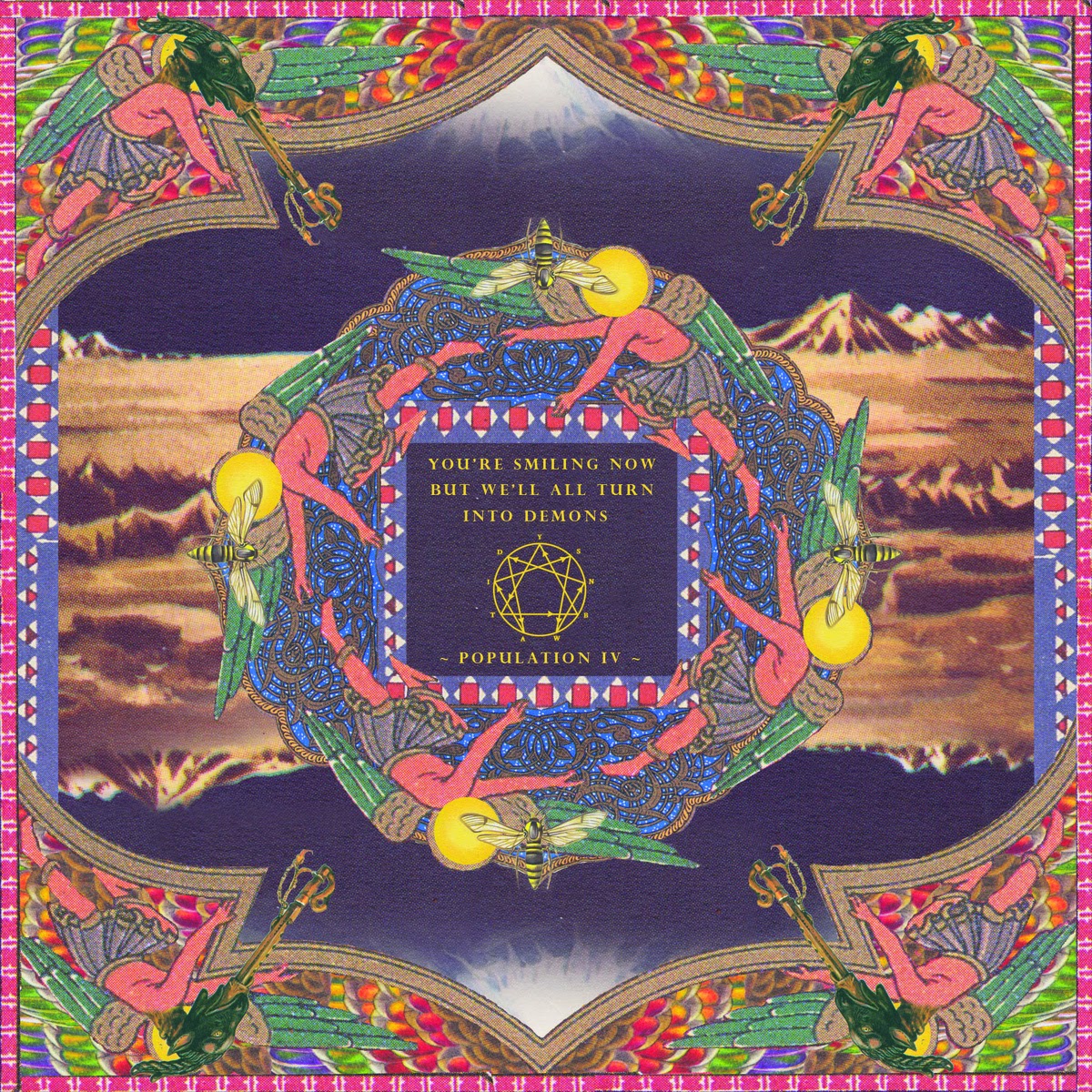 There are so many words and genres used to describe music like that made by You’re Smiling Now But We’ll All Turn Into Demons for their 2015 return (after a five year absence) – like apocalyptic, desert rock, biker drone, or space rock – and, of course, listening to "Population IV", they’re all in there; you can hear the apocalypse in the distance and view it from some desert mesa or float high above it in space astride a revving motorcycle. And that’s the key to YSNBWATID’s music: it’s free form enough to transcend genres – as well as time and space – but structured enough to guide you through your trip. "Population IV" is a massive follow-up; newcomers and long-time fans alike will be contented from the start.

Hard-hitting opener "The Sorcerers" clocks in at a mere four minutes and fifty seconds, but something about the riff puts time off-kilter. And in the next six songs, there’s no trace of it anywhere. Music like this is meant to transport, and these tracks do. "Sad Alien & Winking Skeleton"’s dual guitar solos are catchy; the whole song brings to mind a high-speed montage. While "Seya"  sounds like an Eastern-inspired train ride through the American West. The album’s peak rises somewhere in "Throne Control", the vast desert-like echo-chamber centerpiece of the album. With quick jammers like "The Bees Eyes", YSNBWATID proves that they can manage the immensity of the long, foggy tracks as well as the well-paced spins, whatever the riff dictates. At its core, these Leeds rockers worship at the same altar of doom-filled, blues guitar we all know and need, but they bring along a heavy dose of psychedelia, too. Every few measures, the guitars shimmer around a high note or the bass decorates the precision tempo.

You’re Smiling Now But We’ll All Turn Into Demon’s "Population IV" is available on 2-color swirl vinyl or digitally below. (All orders include a bonus 80-min recording of live/practice jams.)