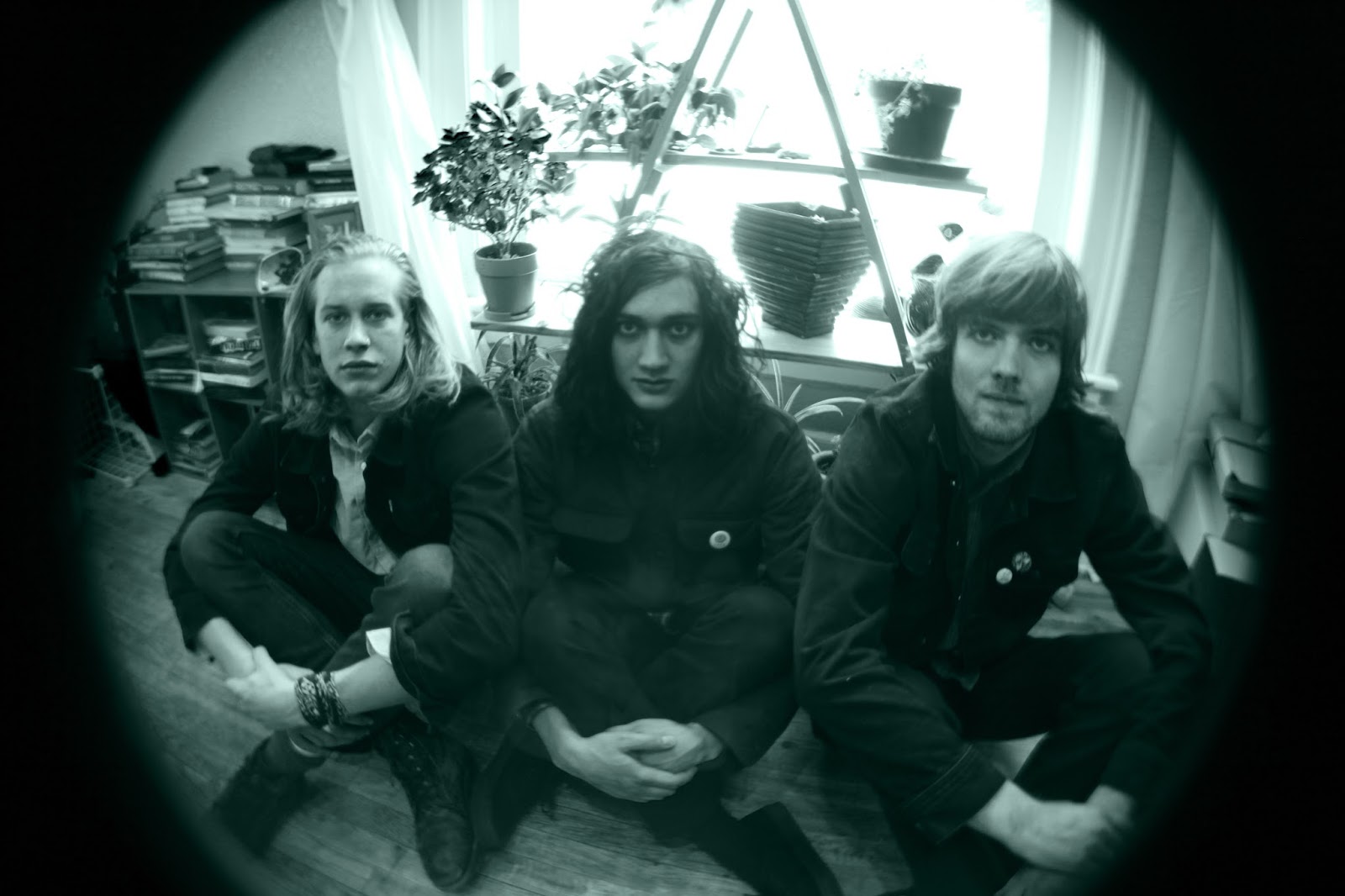 What was the first record you bought?
Zeppelin II

What was the last record you bought?
Haven't picked up much vinyl lately, but Andrew got some tapes for the van and "You Know What To Do" by the Shivas was in his last bundle. Been diggin that one!

If you could record with any one artist who would it be and why?
There's a dude in Grand Rapids that plays in a couple of sweet surf bands and he runs an analog studio; Tommy Schichtel at GoonLagoon Studios. He shreds and is into the same tones and toots that we are!

Who should we be listening to right now?
Spike and the Sweet Spots, Les Marinellis, Moonwalks, The Omecs.

Vinyl, CD or digital?
They've all kind of got their time and place, but vinyl is probably the most rewarding to produce and to own.

Tell us about your latest release.
We have a 7" called "Mean Green" coming out on April 28 with Beyond Beyond is Beyond Records, and we're also in the process of recording an LP, which will also be out a little later this year. We're recording it with some buds in their basement and it's sounding pretty sweet.

What's next for you, musically?
Tour!