The Amazing "Picture You" 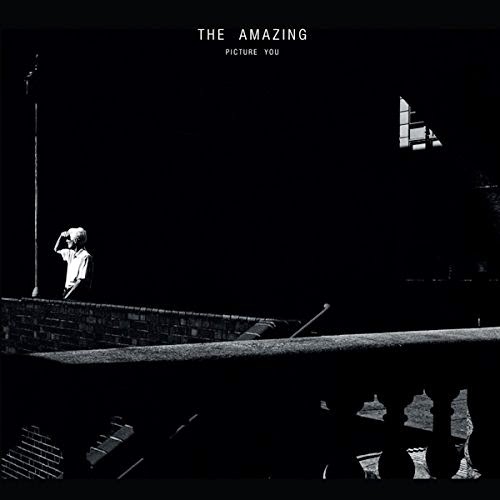 Well, finally - the wait is over, and it was worth it. "Picture You" is the much anticipated follow up to 2011's wonderful "Gentle Stream" from Sweden's The Amazing. The aforementioned release was a tough act to follow, but it did not take much listening to affirm that there would be no disappointment whatsoever with its successor.

The album begins with a lovely, swirling introduction titled "Broken" and it really sets the stage for what will be a very enjoyable listening experience for just over the next hour. I cannot always quite identify everything that Christoffer Gunrup (vocals/guitar) sings and that does not hinder things one bit; in fact, it is an essential part of the band's sound - it really provides a pleasantly mysterious element, so much so that I was relieved that there was no lyric sheet inside. I don't really want to know all of the words; it would sort of be like buying a jigsaw puzzle already assembled. Now, where's the fun in that? He has a fantastic voice and it is very unique, and I would venture to say that his vocal delivery is not too unlike the better moments of early Red House Painters records, merely as a point of reference. And, yes, that is meant as a compliment.

Though Christoffer is squarely at the forefront, it is clear that this band is very much a group effort. Gunrup is joined by the well-known (for good reason) guitarist Reine Fiske and a third guitarist, Fredrik Swahn, who also handles keyboard duties. The interplay of the guitar work is truly nothing short of beautiful. One thing that is immediately noticeable (and recognizable from the previous record) is the jazz-inspired drumming by Moussa Fadera. I'm not a musician and cannot really speak to the technical bits, but his playing just sounds so precise - never, ever too much, but always enough. As delightful as the three guitars and the vocals are, it would be a mistake to say that that alone defines the band's sound. The drums are surely an important component as well, and Fadera's contribution is spot-on. Alexis Benson rounds out the rhythm section on bass, tying it all together. If I'm not mistaken, I believe that Fiske, Swahn, and Benson all contribute backing vocals. The musicianship in this band is impressive, to be sure, but what is perhaps the best thing about them is how they all seem to connect with each other. Though all are accomplished players and certainly capable of "showing off", no member ever does this; you get the sense that each member is playing his part to support the other musicians in the band, not to stand out or draw attention to himself. And the whole band is elevated to new levels because of that.

I feel safe in saying that they have crafted a sound that is unique to them. One who is already familiar with the band could walk into a record store, hear this record and surely recognize the band. But make no mistake, this is entirely different from a band whose songs all sound the same. Consider the analogy of Monet: his paintings are quite recognizable, but you surely cannot argue that they all look alike; each one has its own unique beauty and identity, as do these songs.

The title track, "Picture You", delivers that intricate interplay from all members; there is so much going on in this song that it is hard to dissect it, not that you need to in order to enjoy it. They've perfected a subtle complexity; despite there being so much going on here, at no point do things sound cluttered or "busy". In fact, if for some reason I were tasked with describing this band in just two words -- albeit a somewhat ludicrous proposition -- I would choose "subtle complexity". Some of the little guitar bits are just infectious enough that they will surely be running through your mind long after the record is over. There's an intensity that builds in an almost imperceptible manner. The listener is like the fly that is so busy watching the spider that by the end of the song, he is unaware that a complex web has just been spun all around him.

"Circles" is a relaxed, dreamy track and one that really showcases the fine production of this album; everything is balanced just right; nothing is buried in the mix, nothing sounds lost. Great care was obviously taken during the recording process and it shows. And it matters. The band really does a fine job blending both electric and acoustic guitars.

Despite the fact that the album is over an hour in length, at no time do things drag or feel as though they've been drawn out unnecessarily. "Safe Island" is no exception, and if I did not see that the song is eight and a half minutes long, I would never even think about it. Length does not really matter with these songs; they just work simply as they are. This song has a real driving force and beautifully morphs into an incredibly intense wall of feedback.

For lack of a better description, I just feel like I'm very gently floating down to earth in "To Keep It Going", coming out of some sort of dream state. There's a mellotron here that is put to great effect. There are layers upon layers of sound here weaving together a really lovely piece, with some terrific hushed vocals towards the end.

My personal favorite track on this album is "Fryshusfunk". The song builds and builds and builds and then really cuts loose as a Floydian jam with some absolutely searing lead guitar and lovely swirling organ that would surely make Gilmour, Waters, Wright and Mason proud. I only wish it were longer. If there's an extended outtake of this, I'd sure love to hear it!

It should be noted that the tracks on this album demonstrate a thoughtful flow; they were not just thrown together in random order, and that helps to define the album as a whole.

"Tell Them You Can't Leave" employs more backing vocals than most of the other tracks and that great twin electric guitar sound is topped with just a little acoustic guitar. Nice.

On the first few listens to this record, you just don't know what is coming next. I'm still trying to take it all in. As with many great works, I most definitely hear something new with each listen, and what a joy that is. "The Headless Boy" is one of the gentler compositions and it certainly has its place here.

There is a terrific guitar tone on "Captured Light" with some very cleverly layered harmony vocals. It's got a thick, lush presentation and keeps you guessing as to where it will take you next, culminating in a delicate ending.

"Winter Dress" closes out the record with a swirling introduction and arguably the finest vocals on the album. Gunrup has a real gift for delivering emotion with his vocals and this song truly is the perfect ending to an outstanding journey, one that will undoubtedly reward the listener for many years to come.

I do realize that it is only February and I don't wish to place the cart before the horse, but I feel absolutely comfortable in stating that "Picture You" easily belongs on a future "Best of 2015" list. It's already on mine.