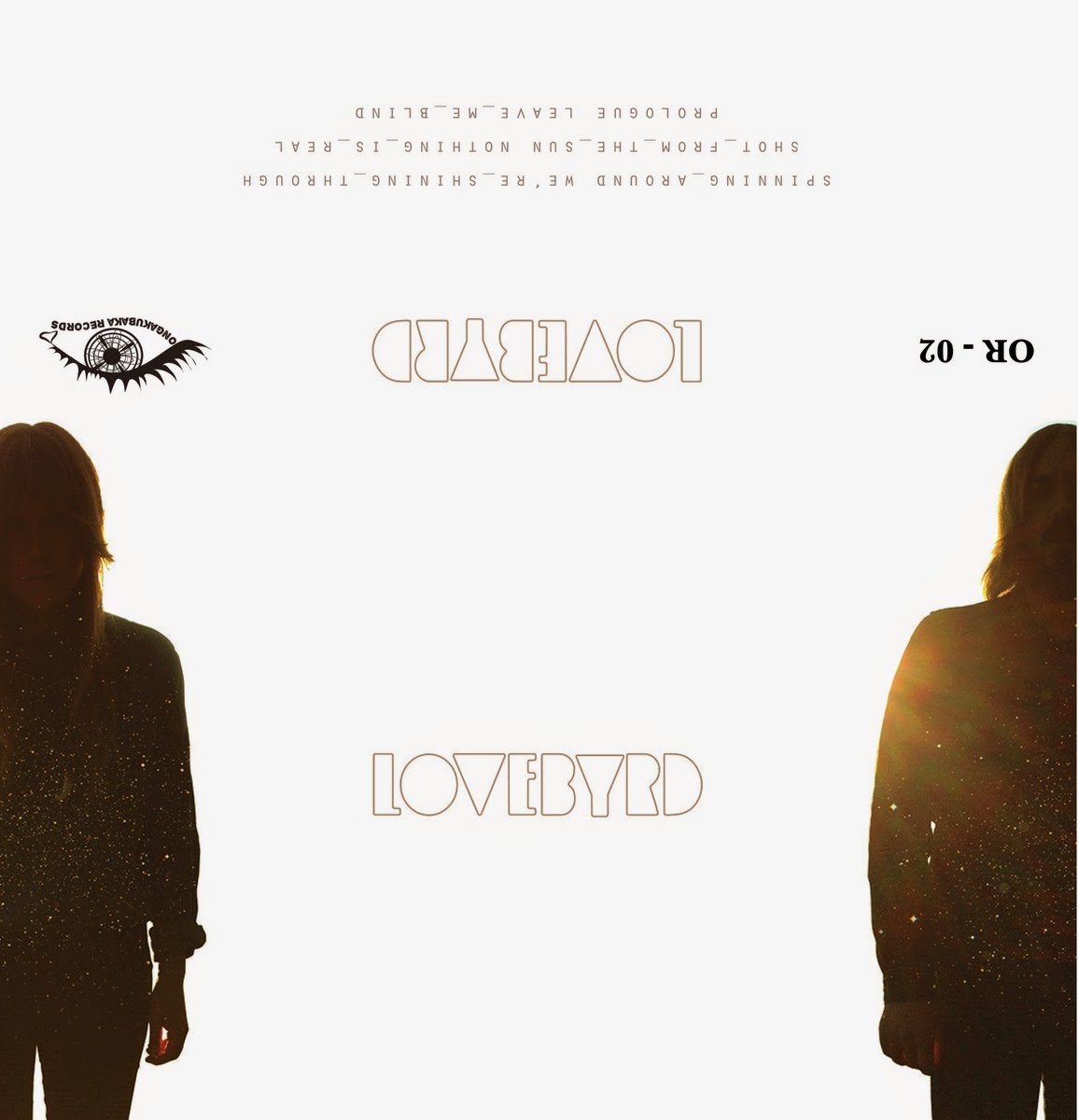 At the core of all five tracks from LOVEBYRD’s self-titled debut, released by Ongabaku Records last month, is the duo’s undeniable skill for songwriting. All the lush layers, incidental electronic blips, and wavering guitars are a bonus. Hailing from Sarrebrücken, Germany, LOVEBYRD - singer Steffi Krauth and instrumentalist Mark Wernet - are a welcome addition to the budding international scene of psych-pop and garage rock.

"Shot from the Sun" shows off the band’s interests and influences, referencing heavy-hitters like The Beatles, The Kinks, or The Byrds in its jangling opening, and continuing on to span the gauntlet of sounds shoegaze bands have popularized, complete with a reverb and delay drenched guitar solo. Krauth's voice is perfectly raspy as she winds through the chorus, immitating the equally layered leads of Wernet's guitar work that follows.

"Nothing is Real" sounds immediately classic with its many guitars, energetic bass line, and smoothly delivered vocals. It's reminiscent of the more experimental side of early '90s shoegaze bands: there are distorted guitars that amass over irregular rhythms and snappy drums, but the song's structure maintains the early rock 'n roll roots LOVEBYRD claims. This track - as much as any track on their EP - demonstrates the band's immense and meticulous care for their sound and their abilities to control it completly. Some bands – and LOVEBYRD is very much one of them – require careful listening for a full appreciation of their work; so, be sure to have headphones around.

LOVEBYRD is indebted to several decades past for their sound, their lyrics, but they’ve achieved a difficult task with their debut; they’ve melded their many interests into a formidable and catchy collection of songs. And, in the plethora of revamped shoegaze bands, to be memorable is the hardest part of all. LOVEBYRD’s brand of upbeat, layered pop is certainly memorable and, in many ways, new.

Available on cassette or digitally from Ongakubaka Records: