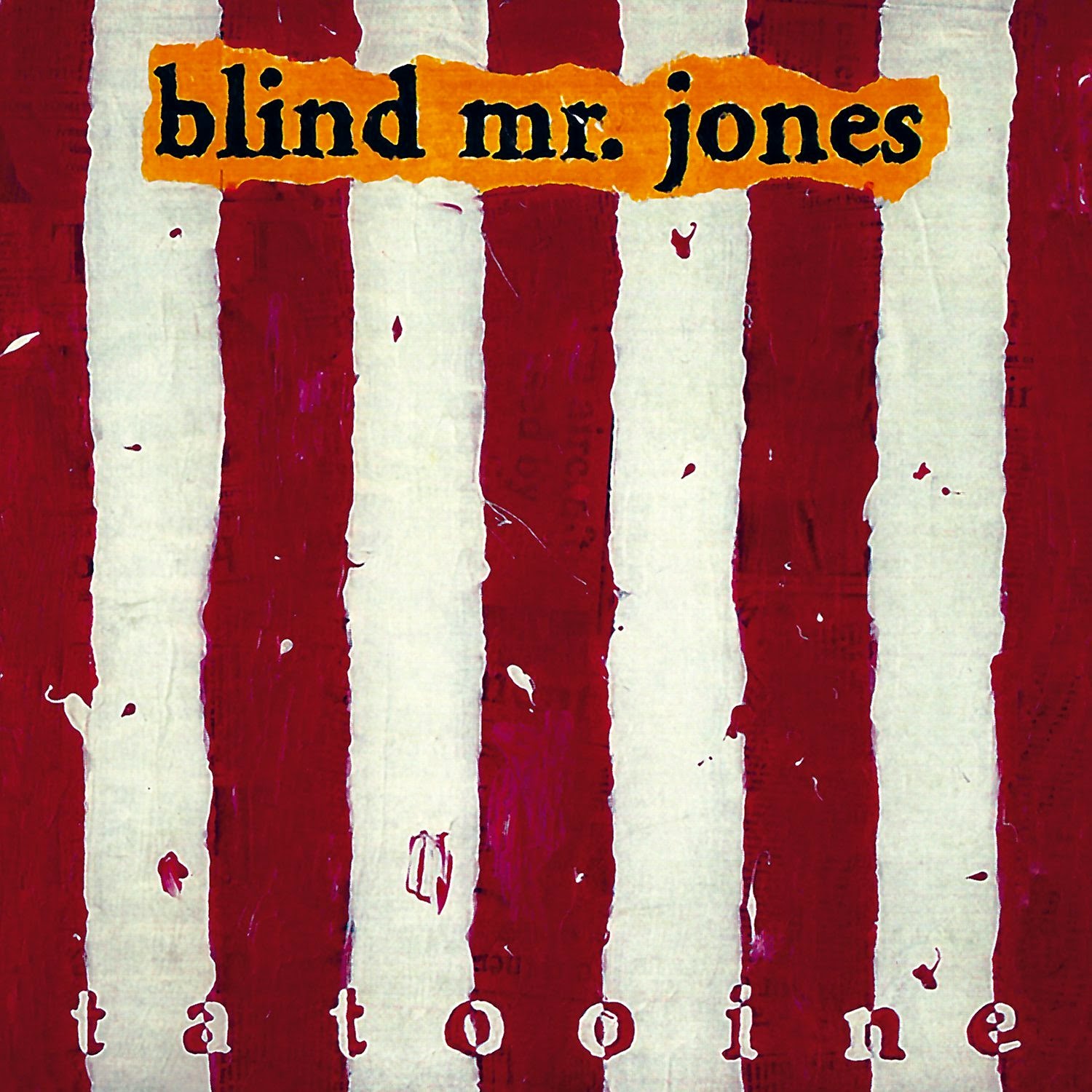 Texan Shoegaze specialists Saint Marie Records have built up a fine catalogue of modern shoegaze and dream pop which few other labels can compete with, and continue to diversify with this excellent reissue of an unjustly obscure classic from the tail end of the original era of Shoegaze.

Marlow quintet Blind Mr Jones are one of a number of bands of the era that had the necessary talents, and were let down only by their timing. Now reissued for its 20th anniversary (including a first ever vinyl release), their second, and final album "Tatooine" has every quality necessary to ensure that it would have been a huge hit around 1991/92. Sadly, Blind Mr Jones were a few years off the pace, and by 1994, when "Tatooine" was released, the U.K music press had turned on the few remaining shoegaze bands, and grunge was king, leaving little room for any other forms of guitar based alternative music. And so, Blind Mr Jones called it a day.

Hindsight is a wonderful thing of course, and comparing "Tatooine" to any of 1994's multi-million selling grunge albums will reveal an album that has aged far more gracefully than those by the Tads and L7s of this world. Featuring production from Chris Hufford (Slowdive, Radiohead, Chapterhouse), "Tatooine" is an incredibly easy album to listen to. With its soothing vocals, and beds of chiming guitars, this is very much at the more commercially viable end of the shoegaze spectrum, which makes its lack of success even more maddening. I Hear a lot of Ride's "Going Blank Again" here, an album that had been huge several years previously. Like that album, "Tatooine" dials back the squalling guitars in favour of a more lush, easy on the ear sound. And they do plenty to differentiate themselves too, notably through the flutework of Jon Tegner, which led the fickle music press to dub them "the Jethro Tull of shoegaze". Had these critics taken the time to listen without prejudice, they'd have realised that Tegner's flute passages were a real strength of the band, particularly on "Viva Fisher", which flirts with explorative psychedelia and space rock in a fashion which was unusual for the time and still sounds absolutely lovely now. And name me one other shoegaze band of the time who would even entertain the notion of a Beach Boys tribute ("Surfer Baby").

There's no shortage of big tunes either, with the likes of "You" and "Disney World" being simply impossible to evict from memory once heard.

Saint Marie have done a great job with this reissue too, with the elegant CD digipack ensuring that this feels very much like an upgrade, even with no bonus tracks, and there will be many who are tremendously excited about the opportunity to finally own this on vinyl - another of those titles that many assumed would never be reissued that we now have access to.

"Tatooine" is simply put, a lost classic that wasn't meant for its own time, but is ripe for rediscovery now, and your absolute, total devotion. Don't miss the boat this time.