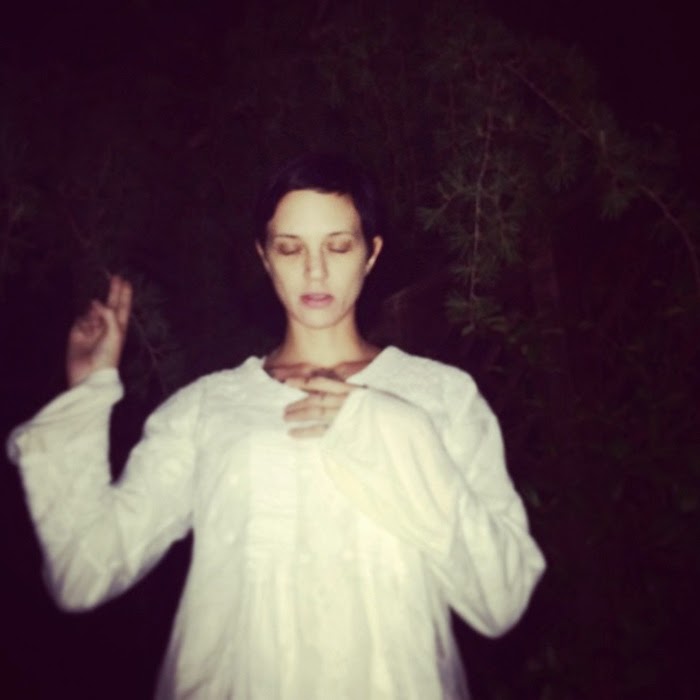 London's Love, Hippies & Gangsters return with their second E.P, hot on the heels of their debut. Unfortunately, I didn't get the chance to review that initial E.P (time doesn't always allow), but "Sun Over Babaluma" demands attention to such an extent that it would be criminal not to. So, here we are.

Love, Hippies & Gangsters is the solo project of London based musician Yiğit Bülbül, an esoteric songwriter who claims very audible influence from "60s psychedelia, 70s rock/electronic music (from Germany to Brazil) and 80s/90s guitar drones". Given that quote, you've probably already got a pretty good mental picture of what "Sun Over Babaluma" sounds like, and chances are, it's a pretty accurate one too. One thing that your tricky little brain won't be telling you though is just how good these infectious, Anton Newcombe style songs are, nor the uber coolness of their melting pot, shoegaze meets psychedelia meets Krautrock arrangements.

Opener, "This Is What We Want" is probably the most immediate of them, with an infectious Dandy Warhols / BJM vibe and an earwormy hook. "Through Your Mind" is a different beast altogether, a nostalgic Strokes / Kasabian style club mix with probably the E.P's strongest vocal hooks. The second half is stronger still, with a more exploratory mindset; "Qlusterfuck" is a Krauty rhythmic exercise with insistent, disorientating keyboards, and a beaty LCD Soundsystem arrangement, while "Got My Coat" gets its coat in a calming hypnotic fashion that ensures it will be invited back in the very near future.

Bülbül is certainly not short of ideas, and the E.P is a natural outlet for exploring them. It'd be interesting to see whether a full length release would focus his ideas onto a narrower path, or give his imagination free reign; either way it'd be a pretty exciting listen.

"Sun Over Babaluma" can be had for free right here: