Arnold Fish "In The Land Of The Elephant Blues" 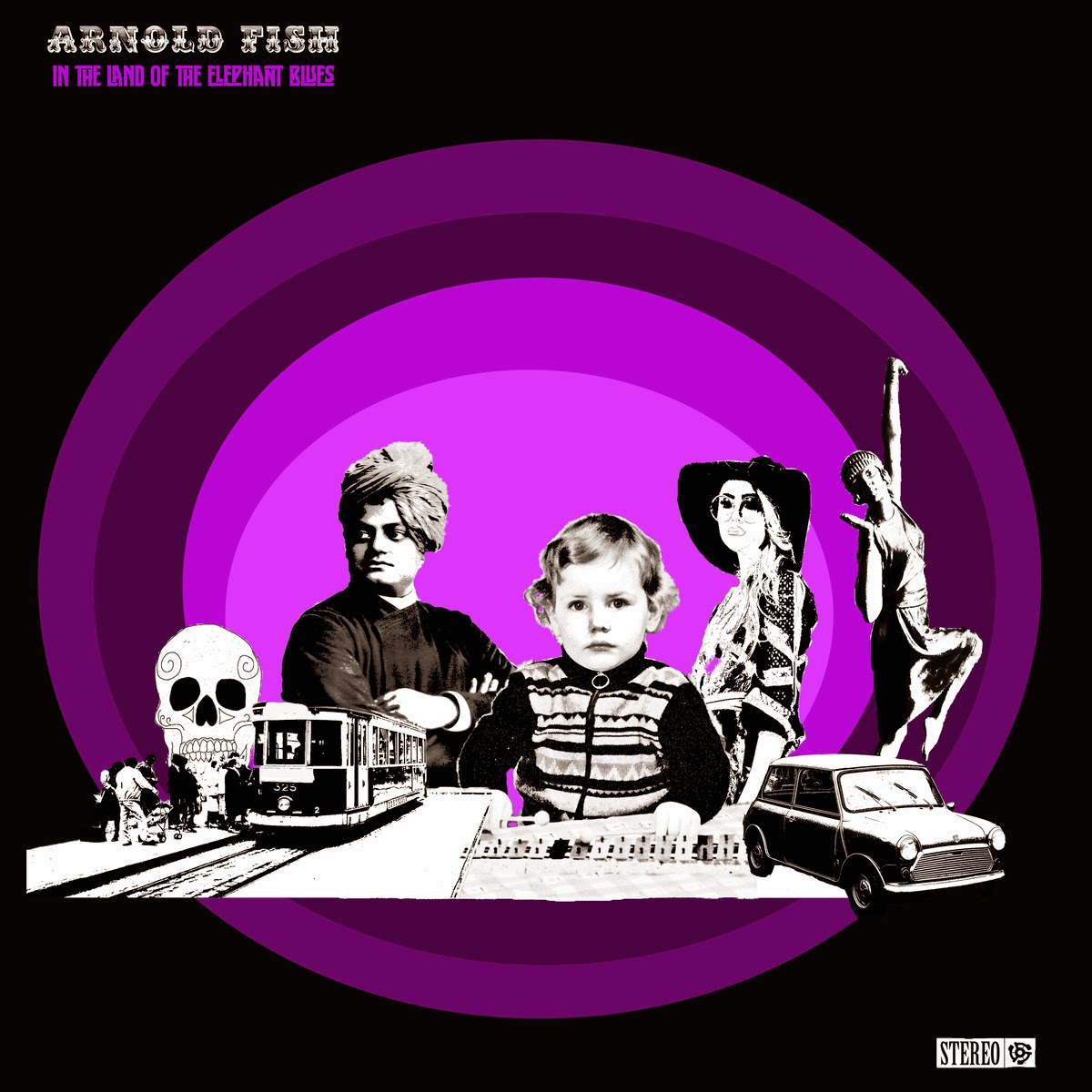 As openers go, "The Guilty" is pretty striking. A regal, giallo referencing instrumental, it has the brooding, dreamlike disquiet that Air tapped into so nicely for their soundtrack to "The Virgin Suicides". Those rubbing their hands together in anticipation of an album along these lines will be in for a surprise, albeit a very pleasant one. The remainder of "In The Land Of The Elephant Blues" takes a step firmly away from the nightmarishly cinematic, and firmly into the land of paisley shirted tea drinking on the village green. In fact if it wasn't for Mr Fish's strong French accent, you could be forgiven for thinking that this is a previously unreleased artifact from the deluge of quaint, charming albums that emerged from the U.K's vibrant psychedelic pop scene of the late sixties.

Fabien Versmessen (Arnold Fish's alter ego) will be familiar to some of you as a member of  We Are Toxic - a band who certainly didn't shy away from referencing psychedelia in a contemporary fashion. "In The Land Of The Elephant Blues"on the otherhand is an impeccably observed and very deliberate homage, affectionately delivered, with tongue firmly in cheek. Every period trapping you can imagine is employed. Clearly then, this is not an album for those seeking something new and groundbreaking, but clearly that was never Versmessen's intention. If however, like me, you enjoy enthusiastically delivered and carefully crafted psychedelic pop, you are certainly heading in the right direction.

And while Versmessen is careful not to step too far out of the vintage psych-pop comfort zone, he has plenty of complimentary, fresh ideas to help dress the familiar chord sequences and descending basslines, including an endearing habit of inserting primate noises in places where the listener is expecting tambourine or some other sort of percussion.

Obviously tongue is firmly in cheek here, and anyone who shares Versmessen's affection for the era is likely to have as much fun listening, as he obviously had recording this.

Garden of Dreams Records have picked this up for a vinyl and CD release, to accompany the already released digital version.

You can order all formats here: