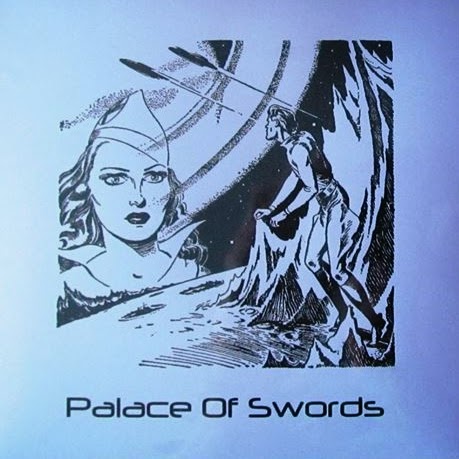 Remix projects really are a load of old cobblers aren't they? I still vividly remember the disappointment that I used to feel when I'd stumble across a scarce CD single from a beloved band, only to find that the b-side was some terrible club remix instead of a proper b-side. Imagine my surprise then, when Palace of Swords' new project "Reimagined" arrived in the post and turns out to be really, really, proper good.

The clue is in the title of course. "Reimagined" implies a lot more commitment than your average remix, and those featured here have all excelled and gone well beyond the project's brief to create something unique, varied, and greater than the sum of its parts (they're some pretty good parts too).

Now, obviously it helps to have solid source material to work with, and Peter Lyons' Palace of Swords nom de plume provides plenty of that, but whether by accident or design, the five artists who have reimagined here have twisted and turned Lyons' original material in all sorts of unexpected directions, yet, the project flows and fits together absolutely perfectly, despite the variety on display.

Creation Records co-founder Joe Foster creates a palpable air of tension with his mix of "Echoes From a Distant Star", which sounds like it belongs in an early eighties slasher film, before the Hare & The Moon surprise with their kosmische pagan take on "Ringstone Round". These two tracks make up the content of the 7", pressed on white vinyl - Reverb Worship's first ever vinyl pressing! The CD-R version features an extra three tracks, and selecting the two for the 7" must have been an arduous task, as there is no discernible quality drop here. The Snide Rhythms remix of "Aesthete Cured" is particularly noteworthy, channeling a New Order vibe without losing its sense of mystery.

Highly recommended, and as is always the case with Reverb Worship releases, very limited. You can order the 7" or the CD-R right here.

I'd urge you to check out the YouTube videos of all clips here, then reach for your wallet.