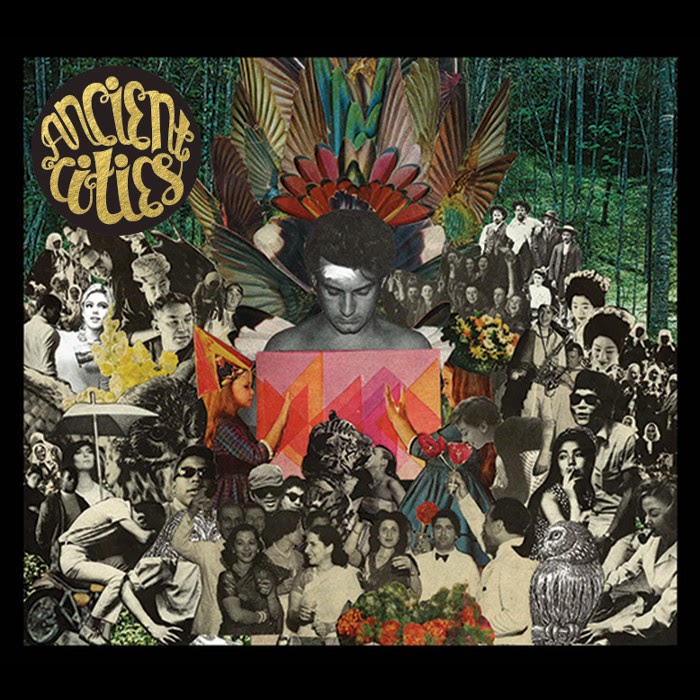 Ancient Cities’ self-titled debut LP is a fun pop romp with a moderate dose of psychedelia, and a hint of electronica. In parts, Ancient Cities is reminiscent of Love’s "Forever Changes". Hailing from Charlotte, North Carolina, there is a folk element to the band’s sound as well, with lead singer Stephen Warwick having previously released a solo folk album, "Talking Machine", which is also worth checking out. Throughout, Ancient Cities blends a variety of instruments and effects, and expertly manipulates dynamics through thrilling use of crescendos, harmony, and key changes.

"Ancient Cities" starts with driving percussion, a boisterous guitar beat, and cheery piano chords in “Juice.” “Novella,” laden with hand claps, keeps the energy going and psychedelia makes an appearance with a dreamy, lysergic bridge in the middle. Banjo also makes its first appearance towards the end. “Novella” fades out with a round of "oh"s, a fog horn, and more hand claps.

“Station” tells a tale of destruction and hardship in our everyday lives over an incredibly catchy, buoyant melody. The juxtaposition of the melody and lyrics is striking and compelling. “Station” is ballad-like and parallels the job of an emergency responder to that of a DJ taking requests surrounded by screaming fans, “children trapped in a burning building.” Through “Ostinata in D Major,” a stately brass fanfare that lends a dramatic, regal flair, we transition to “Edie Sedgwick.” A Queen-esque piano ditty, full of synth, cymbal, and horns, and named after the Warhol film star. The synth solo in the middle is positively euphoric. “And you wish you were the poster girl for a decade gone by.” This is a narrative of the inevitable changes of growing older and perfectly conveys that feeling of bittersweet longing for the now intangible past.

The nostalgia continues with “Werewolf,” looking back on youthful relationships and exploring the concept of loneliness. A short bridge with a thumping bass and playful electronic solo invigorates, and then the song strips down to percussion and vocals before returning to the lush soundscape of the beginning.

Sweet melancholia prevails in “LASR”, a song of unrequited love. Darkly cinematic, it is similar to Queens of the Stone Age and The Growlers’ earlier albums. Or The Limiñanas with male vocals. “Voices” begins where “LASR” left off. A highly layered, sorrowful chorus of "ooh"s and "ah"s, “Voices” is reminiscent of a church choir. “Velvethead” is a more minimalistic tune, with a dramatic swelling of strings and vocals at the end. “Baby are you happy or are you playing charades?” “Wild” begins with simple guitar strumming, adds some violin, and remains a simple pop tune until a crescendo and a soaring solo in the middle stir things up.

"Ancient Cities" is a delightful album with substantive lyrics and exquisite instrumental arrangements. It’s jubilant throughout, though covering darker themes. Energetic and cheery without becoming cloying, this is an album you can listen to over while discovering new intricacies each time.