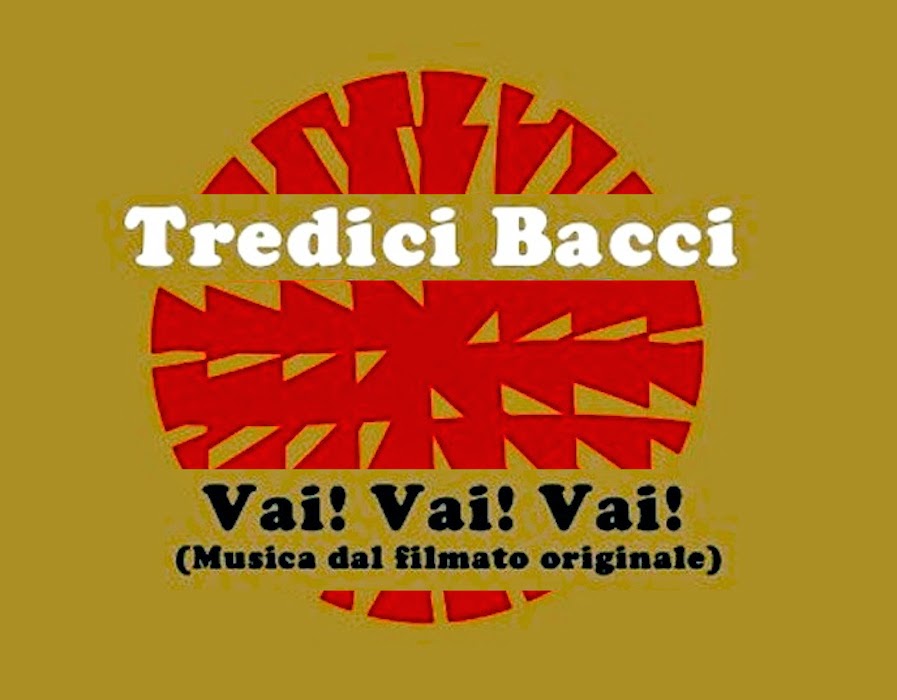 Tredici Bacci are back! You'll hopefully remember that a year or two back I shared the debut from this excellent, vintage Italian style pop orchestra with you (if not, check this out right away).

The new album (or double E.P depending how you want to look at it) is certainly not a case of 'let's do the debut again'. It's split into two distinctly separate halves, credited to two different acts who share the same group members, given different ensemble names to signal the differences in approach on each side. Confused? I was too to start with, so let me explain further.

First up is "Concetti" by the Ensemble for the Exploration of New Perspectives in Sound Exploration (ENPSE), made up of ten of Tredici Bacci's New England Conservatory of Music graduates, all of whom had studied non-idiomatic improvisation. ENPSE is an affectionate homage to the approach of Gruppo di Improvvisazione di Nuova Consonanza - an avant garde, free improvisation group, spearheaded by Ennio Morricone, Egisto Macchi and other likeminded forward thinkers. Like Il Gruppo's music, ENPSE's is explorative, unpredictable, and thrillingly unconventional. It's not 'easy' music by any stretch of the imagination, but fans of vintage Italian cinema will recognize and embrace the claustrophobic, head over heels nature of much of this side's music. It's the sort of stuff ideally suited for arcane, black mass rituals or hazy, drug-infused fever dreams, psychedelic by its very nature, without needing to resort to any sort of studio trickery to enhance its kaleidoscopic disorientation.

The other side, "Vai! Vai! Va!" is credited to Tredici Bacci, and is a welcome continuation of the sexy, cinematic lounge grooves of "The Thirteen Kisses", effortlessly melodic, with ornate arrangements that capture every period nuance to perfection. "It's set up to seem like the surviving music from a long lost Italian sex comedy spy film from 1974" explains Tredici Bacci's Simon Hanes, and it does that with aplomb, all muted trumpets and wordless Edda Dell'Orso vocals. It's indescribably lovely, and any efforts on my behalf to do so would almost certainly come up short. Best thing is to head over and have a listen.

For those who thought "The Thirteen Kisses" (now available on vinyl!) showcased an impressively versatile ensemble, you ain't heard nothing yet.

Limited edition cassette can be pre-ordered through these streaming links: