The Soulless Party "Tales From The Black Meadow" Review 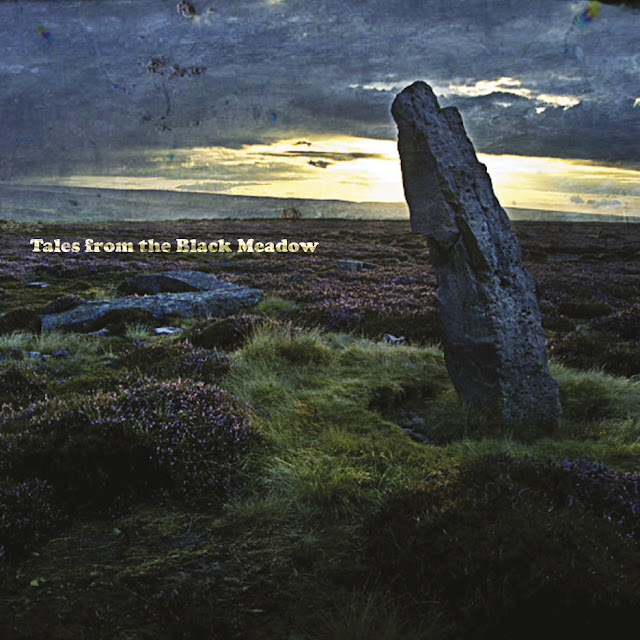 An irresistibly evocative title that no budding hauntologist could rightly ignore. This was what first drew my attention to this new release from the Soulless Party (previously responsible for this rather good E.P of science fiction library music) - sleeve notes from Warren Ellis and a quick perusal of the promotional clip below sealed the deal.
Such is the attention to detail, that without any research on my behalf (there's been none) it's hard to separate the history from the cobblers (presumably mostly the latter) in the intriguing backstory of Black Meadow.
A mysterious area of the North Yorkshire Moors, a disappearing village, and the hapless Professor R. Mullins feature prominently, and "Tales from the Black Meadow" captures the spirit of this in a thoroughly successful manner - almost enough to convince of it's claim to being the incidental music created for a 1978 BBC radio documentary on the area.
An omnipresent vinyl crackle certainly assists in the suggestion that this music's ideal medium would be wax cylinder, but it's the somber and often mournful tunes themselves that have imprinted themselves firmly into the darker recesses of my psyche.
The main theme (and opening track) is the most memorable of these. Combining eerie organ work that sounds like the work of a certain Dr. Anton Phibes, with a beautifully stark melody which evokes the best work of Hammer Studios much underappreciated James Bernard, this is a tremendous mood setter that sets a tone that doesn't let up for a moment.
While the following pieces are often of a more incidental nature, they're no less riveting for it with swelling strings, the restless flapping of crow's wings and synthesized choral vocals which kept this particular listener in a state of blissful nostalgia with a nagging sense of  trepidation lurking just below the surface.
Lovely stuff.
I've been checking out the ten track bandcamp version (downloadable here), but there's also a CD version with twenty tracks, which also includes a bonus disc featuring the 1978 radio documentary (also available through the bandcamp link).
My curiosity is certainly piqued. How about you? Check out the backstory in the promo clip below.