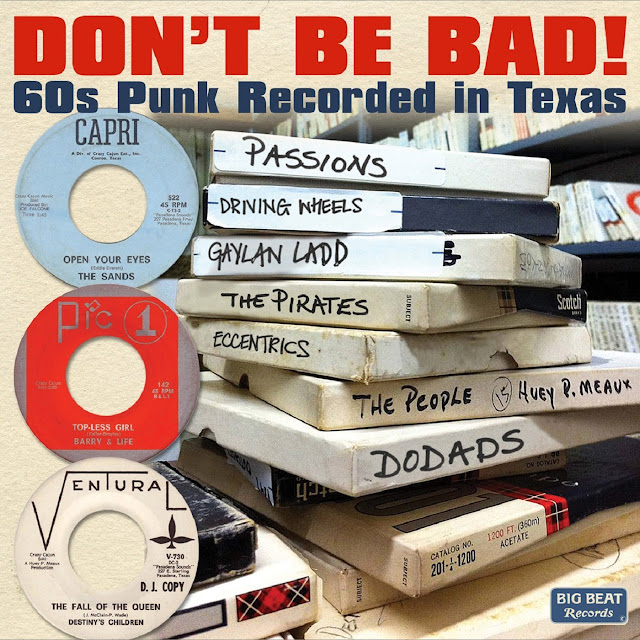 When entrepreneurial Texan producer Huey Meaux scored a surprise hit with the Sir Douglas Quintet's British Invasion influenced "She's About a Mover" in 1965 he was quick to decide that maybe lightning could strike the same spot twice. So, Meaux set out to capture that elusive follow-up hit, seemingly recording any and every young garage band that crossed his path, all of them under strict instructions to sound as English as possible.

Meaux's failure to capitalise on "She's About a Mover"s success might lead one to suspect that he was wasting his time, but the contents of this collection resoundingly indicate otherwise. Released across a myriad of labels, (all of which were owned by Meaux and set up to divert attention from anyone who might cry "Payola" should a number of these tracks appear on the same chart), this is an extremely strong anthology, with most tracks making their first appearance on CD. Mock English accents are played up to an outrageous degree, and the influence of the Rolling Stones, the Yardbirds, and the Beatles is ever present, but there's no disguising the Nuggetty garage roots of the featured artists, particularly Sands, whose "Open Your Eyes" is unmistakably pilfered from the Seeds, but hugely enjoyable nonetheless.

The opening monologue on Barry & Life's "Top-less Girl" gives the game away too: "Baby you're a complete accident, no ugly-stick for you, it's prevention of cruelty to wood week " Even the most controversial Brits of the time were far too polite to be this outlandishly snotty.

So what we're left with is an unusually successful hybrid of snotty Texan garage punk, and British Invasion r&b, with far more effective hooks than you'd expect from a bunch of snotty brat teens, corralled by an opportunistic producer.

Triumph's "Better Come Get Her", Sands' "I Don't Need You" and the Phinx's moody garage ballad "To No Place of its Own" are definite highlights for me, but there's nothing on this extremely consistent collection that languishes too far behind these gems.

Sadly, "dreadful proclivities" only vaguely alluded to in the otherwise comprehensive liner notes landed Meaux in jail soon after, preventing any involvement on his part in the burgeoning psychedelic movement, but "Don't Be Bad" is more than enough to build his reputation upon.

It's amazing that material of this quality is still awaiting rediscovery in vaults around the world - a real eye opener for those who think that everything worth ressurrecting has already been reissued.I'd be surprised if there's a better garage comp this year.