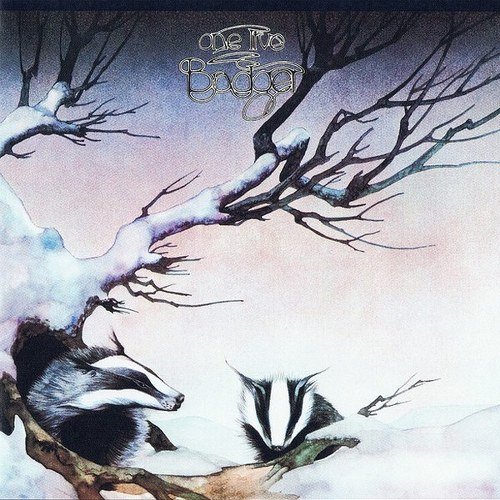 For those who haven't heard it, Badger's debut is often assumed to be a prog rock album. This is a natural assumption to make given the presence of ex-Yes keyboard player Tony Kaye, Jon Anderson's co-production credit, the Roger Dean cover, and the fact that this live album was recorded at shows where Badger were supporting Yes (the same shows that resulted in Yes's "Yessongs" album and movie). You'd certainly expect that equation to yield an answer that equals prog, but that wouldn't be taking into account the presence of the rather excellent Brian Parrish (who'd just come off of a still underrated album for Regal Zonophone with Adrian Gurvitz). Parrish is all over the album, with his soulful Stevie Winwood style vocals and heaps of scorching guitar giving this a really nice heavy rock vibe, albeit one with longer, more complicated song structures than you'd normally associate with hard rock. If it's prog, it's prog for those who wear head to toe denim rather than wizard's robes.  Maybe taken out of a studio context and placed in front of an audience a lot of prog bands of the time had this harder drive - I certainly wasn't around at the time to see any of these shows.

While Parrish proves to be the dominant figure, the rest of the band do their part in shaping the material too. Tony Kaye gets plenty of solo time and plays an array of keyboards, including some really nice mellotron (check out "Wind of Change") and Moog - ironic given that he was apparently asked to leave Yes for refusing to integrate these new (at the time) keyboards into his repertoire. The rhythm section of David Foster (co-writer of several early Yes tunes) and Roy Dyke (of Ashton, Gardner and Dyke) are superb too, giving this a tight drive with plenty of groove.

I can't think of another band who debuted with a live album, but it all seems to click perfectly on this. Atlantic obviously saw Badger as a safe move with Kaye and Anderson's involvement, and the recording equipment was already there for the Yes shows so why not eh? They certainly sound well practiced and the material sounds very much lived in - not a bum note in sight.

Kaye and Parrish work particularly well together, with Kaye often harmonising Parrish's lead guitar parts. The intro to "The Preacher" sounds almost like a Thin Lizzy dual guitar attack, until one realises that Kaye is involved.

There aren't any weak moments here, and while the songs do tend to sound a little samey for the first few listens (largely down to Parrish's excellent, but relentless guitar tone), they certainly distinguish themselves after this.

Parrish and Foster left after this, with a rejigged lineup following up with one sole studio album, a soulless, commercial, white soul travesty that is best avoided.  "One Live Badger" however is a highly recommended addition to your seventies rock collection.

Esoteric's new reissue is remastered from the original Atlantic tapes (previous reissues haven't been) and given the opportunity to compare this to an original vinyl pressing, I'm happy to report that the remastered CD actually sounds better - I'm a vinyl nut and don't often find remasters to be improvements over the original LP, but boy this sounds great. Great dynamics and a really nice, warm transfer. Lovely job on reproducing the sleeve too - no pop up badger (as on the original LP), but otherwise very nice.