Radiohead - The Daily Mail / Staircase - Live From The Basement DVD 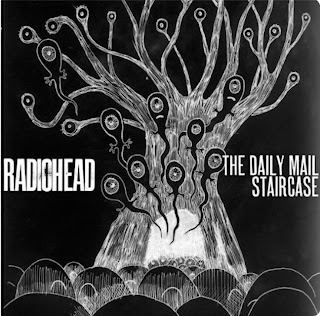 Radiohead will release The King of Limbs: Live From the Basement digitally on December 19, and on DVD/Blu-Ray in January.

They'll also release two new tracks "The Daily Mail" and "Staircase" as a single on December 19, although at this point it's unclear whether or not this will be digitally available only.

Both tracks were recorded as part of From the Basement earlier this year, and will appear on the DVD.

You can watch the two new tracks below.

The picture on this post of the Daily Mail has been flipped so everyone looks left handed. Odd.

The tracks themselves are great and a return to form after the challenging King of Limbs album.