Dean Allen Foyd - The Sounds Can Be So Cruel 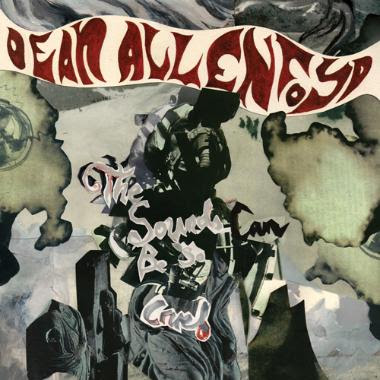 Swedish trio Dean Allen Foyd have made an excellent debut here which is heavily indebted to the U.K hard psych rock / white blues scene of the late sixties and could quite easily have been released then.
Even back then a number of the better European bands had a way of taking what was happening in the English scene and making it sound European, which is exactly what Dean Allen Foyd have done with this release. It's very hard to find a contemporary comparison for a band like this - really they've got more in common with early seventies Golden Earring and Mecki Mark than they do with anyone doing the rounds at the moment.
"Please Pleaze Me" is a fantastic opening statement - waves of floating Hendrix guitars, wailing female backing vocals that sound like the end of the world is drawing near, a fantastic burbling synth break that is equal parts early seventies Vertigo and Canterbury scene, and a thunderous rhythm section in the tradition of Mitchell and Redding or Moon and Entwhistle.
There's plenty of variety to be had too from short fuzz guitar laden rockers ( Into the Pearly Gates ) to large, orchestrated numbers like Witches which somehow manages to evoke the guitar work of Suede's Bernard Butler as readily as it does some of George Martin's Beatle's string arrangements.
It was all too common in the late sixties to include a couple of routine blues numbers to pad out the album length, and Dean Allen Foyd follow in this tradition, but deliver "Steady Rollin' Man " with so much conviction that they don't fall into the "pasty white men out of their depth" trap that so many others couldn't avoid at the time.
The spidery guitar work on "Queen Machine" suggests some sort of sublime synthesis of "Marquee Moon" and Jorma Kaukonen, although the thumping tambourine accompaniment is as much Motown as anything else. It's this diversity which makes "The Sounds Can Be So Cruel" such a treat.
On the evidence of this we may have found a power trio that could one day match the Jimi Hendrix Experience or Cream. They certainly give the likes of May Blitz a run for their money.
Classic in every sense of the word.

BUY IT ON CD HERE OR ON VINYL HERE.