This may not be the sort of thing that you're used to seeing on the Active Listener but truth be told, when I started blogging I very nearly went in the direction of cult / horror films rather than music.
You can go to a hundred sites to read lists of classic horror films (most of which you've seen before), so let's bypass the acknowledged classics and dig a little deeper.
Here (in alphabetical order) are twenty films ideal for Halloween that all deserve the attention and acclaim that their more well known brethren garner.
Hopefully there are a few new scares in store for you.
Click the title links to view DVD information, plot synopsis', reviews etc. 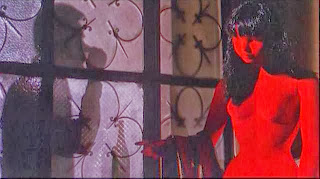 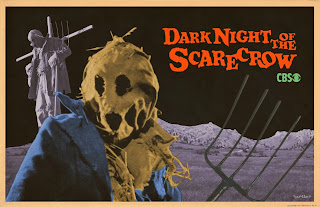 4. Dark Night of the Scarecrow (1981)
Extremely well made tale of supernatural revenge with a massive jolt at the end.

5. Dead And Buried (1981)
Moody early eighties twist on the 'things are not as they seem' theme. If you enjoyed the seventies version of Salem's Lot you'll love this.

6. The Dunwich Horror (1970)
Batshit crazy Lovecraft adaptation that disproves the long held belief that his stories are unfilmable (also see "The Whisperer in the Darkness" )

8. Halloween III: Season of the Witch (1983)
The only Halloween film not to feature Michael Myers has received a bad rap over the years for that very reason. Truth be told it may be the best film in the series, bar the original. 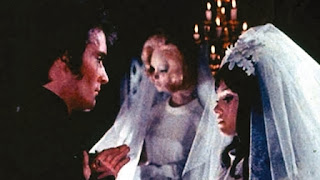 9. A Hatchet For The Honeymoon (1969)
Deranged psychedelic giallo with wonderful sets, lighting, costuming and an inspired performance from leading man Stephen Forsyth.

10. The Hearse (1980)
Dreamlike, low budget drive in fare than transcends it's limited budget. A classy, claustrophobic classic that never goes for the cheap scare.

11. The Innkeepers (2012)
Extremely under-rated modern ghost story. Slow moving, but with exceptionally well rounded characters that (rare for a horror film) you actually care about. Which is unfortunate as lots of nasty stuff happens to them.

12. The Living Dead At The Manchester Morgue (1974)
Spanish made zombie masterpiece, made in tribute to "Night of the Living Dead" and filmed in the U.K. 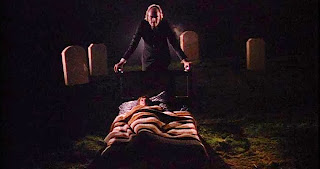 14. Plague Of The Zombies (1966)
Another excellent under-rated Hammer. Their only zombie film and it's a doozy with a killer performance from the always excellent John Carsen.

15. See No Evil (1971)
Extremely tense, edge of the seat thriller starring Mia Farrow. Recuperating in an old country house after being blinded in a riding accident, Farrow's character slowly comes to realize that there's a killer in the house with her.

16. The Skull (1965)
The Skull of the Marquis de Sade causes all manner of chaos in this hugely entertaining and slightly ridiculous romp starring Peter Cushing and Christopher Lee.

17. The Spiral Staircase (1945)
A very early influence on the slasher film, and certainly the scariest film to have been released at the time. Stands up extremely well still against it's more violent followers. 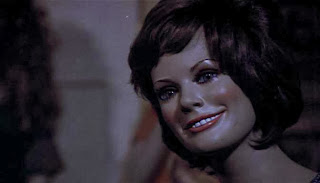 18. Tourist Trap (1979)
Quirky, unsettling slasher that the Paris Hilton "House of Wax" borrowed liberally from. Don't let that put you off though,  this is one of the best slashers that you will ever see.

19. The Ward (2011)
John Carpenter shows that he still has the goods on this excellent, and bafflingly under-rated ghost story.