"The Book of the Lost" Review 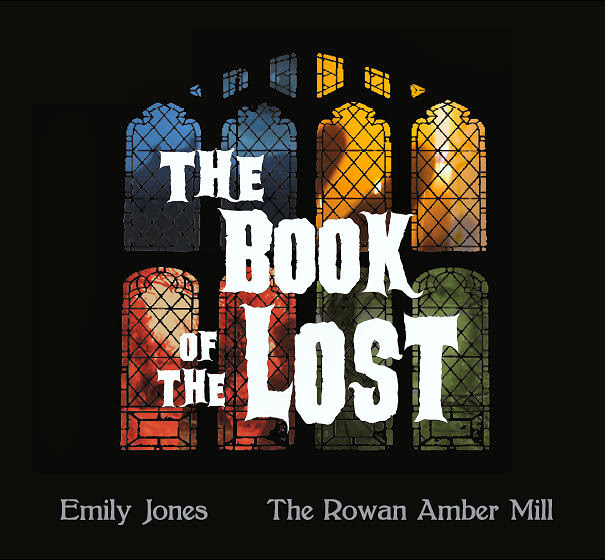 The creepy Halloween goings on begin here at Active Listener HQ with the arrival of this intriguing mini soundtrack from two artists that long term readers should be familiar with (they both featured on this - the "folk" side of the Active Listener's First Birthday limited edition tape from last year).
A shared love of English horror films of the sixties and seventies and a natural aptitude for disquieting folk music of acidic hue were the catalysts for the pooling of these talents, and the results are unlike anything else you'll hear this year.
I'll be straight up with you right now so as not to waste anyone's time - this is a niche project. If you didn't grow up alternating between Tigon horror films, seventies U.K telefantasy and tatty paperbacks of M.R James short stories then you should probably move on. This is not for you.
If however, you hold a special place in your heart for period horror and the ingenuity of low budget vintage British television shows that credited their often young audiences with more than the modicum of intelligence that it's modern counterparts do, then "The Book of the Lost" is exactly the sort of thing that you're looking for.
The opening and closing theme captures a totally authentic mid seventies telefantasy vibe, with the combination of vintage analogue synthesizer and natural acoustic instrumentation merging seamlessly in a fashion that few outside the BBC Radiophonic Workshop have mastered. I immediately thought of both "Children of the Stones" and "The Omega Factor", although the sweeping strings towards the end (which I'm assuming are coaxed from a synthesizer, despite what my ears are telling me) would have seen the BBC's accountants tightening the purse strings I'm sure.
Between these neat bookends lie murky tales of pastoral, pagan terror (think "Blood on Satan's Claw" meets "Witchfinder General") neatly told through a combination of extracts from the original soundtrack of these non-existent films and best of all, mystical songs with a supernatural folk lineage traceable back to "Tam Lin" and other Childe ballads. These songs form an emotional core that will see you reaching for this dusty tome often, with exceptionally well observed attention to detail and atmosphere that could only have come from artists who live and breathe the folklore of their area - the best of which,"A Necklace of Shells" casts Jones in a role of ethereal fragility akin to an elfin Shirley Collins.

And from The Book of the Lost webstore here. (Via Emily Jones)

The CD is available for a limited time in a Deluxe Edtion comprising a hand-numbered, die-cut slipcase which contains five full colour reproduction lobby cards along with the Standard Edition CD. The Standard Edition CD itself is housed in a four panel digipack, with included four page lyric sheet and proper pressed CD (i.e. not a CD-r).