Barry Adamson - Know Where to Run 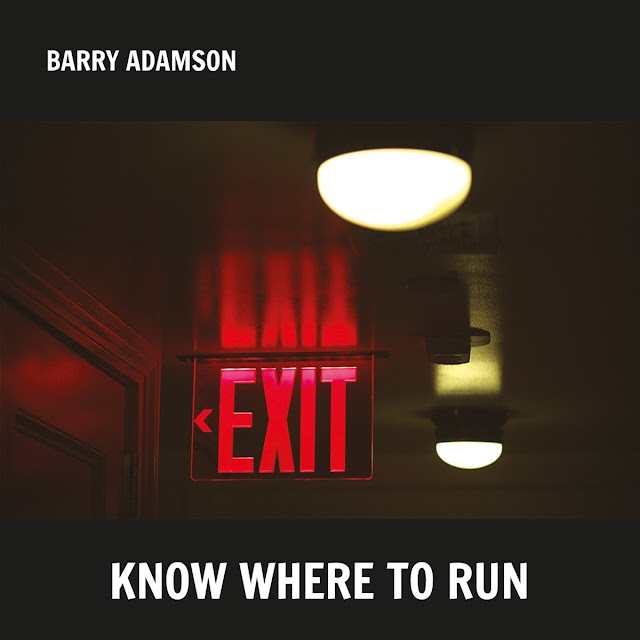 Since launching his remarkable solo career in the late 80s, the former Bad Seeds and Magazine bassist has released a plethora of moody, underappreciated albums. From imaginary soundtracks for nonexistent films ("Moss Side Story"—1989), to more song-oriented works, ("Back to the Cat"—2008 and "I Will Set You Free" —2012), even the least of these offerings are nothing short of intriguing; the best of them, masterpieces.

Now, Barry is back with his first collection since 2012, and it’s got a little bit of everything that you would want from the man.

The opening track “In Other Worlds” opens with an organ figure reminiscent of the main theme from the classic horror film “Halloween.” Pulsing, swirling organ is punctuated by blasts of synthesizer, with odd sound effects and snippets of overheard conversation bubbling in the background. Then, about halfway through, the rhythm section bursts forth to propel the whole thing forward.

On the vocal tracks, it’s easy to hear that Adamson’s baritone shares similar tonal qualities to that of his former employer, Nick Cave, so the comparisons are inevitable. But Barry finds other directions in which to stretch: his jazz influences creeping in and adding a different kind of darkness.

“Cine City” follows the opener and brings with it a total change in feel. Oh, it’s still dark, but there is a snappy (dare I say upbeat?) rhythm. And, after what came before, it feels positively happy. Hell, the lyrics even allude to “spending more money than the Black Eyed Peas.” But let’s not get carried away here, it’s still a nasty little bit of creepiness, albeit a catchy one.

In “Claw and Wing” Adamson tries on a new sound, as he sings something akin to classic pop, like an old Sammy Kahn song that Frank Sinatra might have recorded. Barry even seems to adopt a subtle touch of Frank’s vocal tics, circa the early 60s, especially in his cadence during the verses. It’s his jazz influences showing up in a whole new way. The chorus, however, breaks into something like a mid-70s lite rock singer/songwriter ballad, albeit in the best-possible way.

Song after song, Adamson proves himself a master of mood in sound. Like Ennio Morricone, he has the ability to seemingly pull feelings from out of you like a pickpocket—without you even realizing it. And "Know Where To Run" is simply another demonstration of the man’s prowess. He is an artist in complete control of his art.