A Year in the Country - The Quietened Village 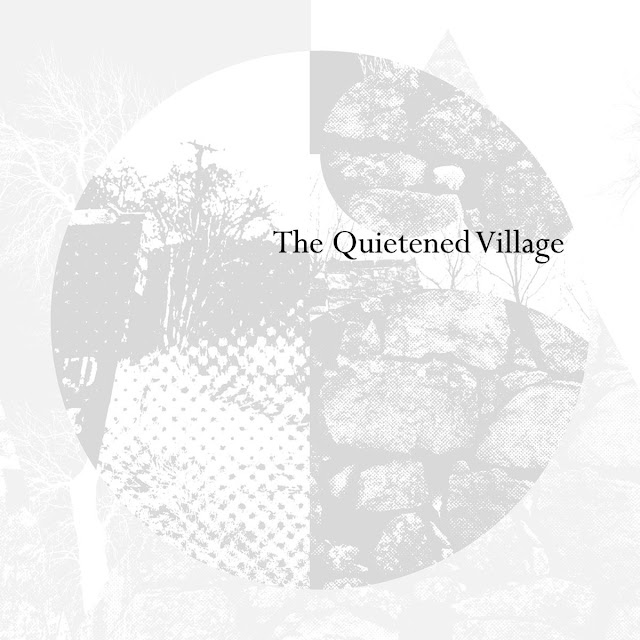 A Year in the Country has built up quite a head of steam of late, with Grey Malkin having covered previous releases of theirs for us here and here. A blog, a recording project, and a label with a distinctive hauntological aesthetic, A Year in the Country can in some ways be seen as a sort of cottage industry Ghost Box. As a starting point at least, that ought to attract the attention of those who should be listening to their output, but AYITC (as I'll call them from now) have their own distinct take on the genre, and are doing wonderful work in diversifying a genre that could run out of ideas very quickly, by inviting artists with backgrounds in complimentary fields such as experimental folk, tape manipulation, kosmische and acid folk to throw their hat into the Hauntology ring, with surprising results.

Markedly different to Ghost Box's hugely appealing Radiophonic Workshopisms, AYITC are a far more emotive, earthier proposition, and their latest release, "A Quietened Village" is a compelling collection of complimentary pieces from a disparate band of artists, the majority of which have featured in these pages before with their own releases.

Drawing its inspiration from villages and hamlets once bustling with life that were commandeered for wartime training ops, and submerged valley settlements sacrificed to make man-made reservoirs, their steeple points breaking the waters, determinedly reaching skyward, this is prime Hauntology fodder. The music contained within here perfectly conveys the sense that a place once inhabited can never be truly empty again. Echoes of long finished conversations and the thoughts and feelings of past inhabitants haunt these carefully curated pieces, allowing Richard Moult's moving "Quopeveil" to sit perfectly comfortably alongside the nightmarish Radiophonic burblings of Howlround's "Flying Over a Glass Wedge". Elsewhere, Active Listener endorsed wyrd folk acolytes Sproatly Smith and the Straw Bear Band continue to prove their versatility, revelling in the opportunity to tread new stylistic ground, while the man behind the label (who also records as AYITC) provides the album highlight for me, the haunting "47 Days and Fathoms Deep" which draws upon the same sense of foreboding as recent Mogwai recordings (particularly "Les Revenents" and the more electronic parts of "Rave Tapes").

There's plenty more to love here too, but the beauty of this release is that even though the constituent parts are all very strong indeed and all worthy of mention, it's as a whole that "A Quietened Village" impresses most, and it's not just down to the music. AYITC's releases are all meticulously packaged, with "A Quietened Village" proving to be no exception, its two editions boasting string-bound booklets, badges, stickers and all sorts of other goodies, not to mention carefully orchestrated visuals that perfectly accompany the music contained within.

Highly recommended. Stream or download below, and investigate the different physical formats here and here.