So There "The Hidden Claw" 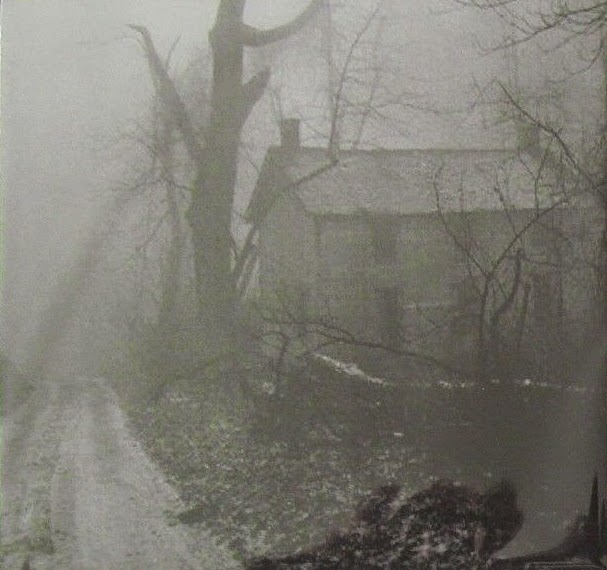 So There’s mysterious psych and experimental dérives have been haunting the internet’s darker corners for some time now; it is therefore a delight to finally have a physical copy of what can perhaps best be described as Nurse With Wound meets Syd Barrett down the truly trippiest and darkest rabbit hole. ‘The Hidden Claw’ offers fifteen golden nuggets of wyrd psychedelia and spooked snippets of songs started, abandoned, reconvened and collaged into a tapestry of the uncanny. Sinister whimsy indeed.

‘Excursions’ begins with some Floyd guitar runs before the sound of a full psych garage band enters. Just as quickly, backwards scrapes and voices take over before the deranged psych jam returns. It is at turns jarring, thrilling and entirely unique. ‘After The Empty Dungeon’ starts off as a dust laden and cobwebbed dub; lost and crackling conversation entering and fading as sitar and chimes create a soundtrack of genuine drama and mystery. Unexpectedly, banjo from some distant year strolls in through the side door as if caught in a time loop before disappearing into the birdsong of ‘Mitigated Brains Of Select Channels’. This song is truly a saucerful of secrets with its backwards tapes and eternally looping echoes from deep space. Think early 70's Floyd meets Steven Stapleton. 'Togg', with its ghostly piano refrain and sudden orchestral Sherlockian theme, is as accomplished a piece of psych strangeness as you will find anywhere. Muffled and disturbing conversations emerge and echo into ‘Tomorrow’s Carriage’ which, with its Marc Wilkinson styled strings and droning guitar, could easily soundtrack some long lost Tigon 1970's classic British folk horror film. Hauntological and yet of no fixed time reference this is musick to play in the dark. The song bubbles (literally!) away as ‘Posing Ten Streets Away’ wheezes into view, its archaic rhythms ebbing and flowing amongst insect sound and clanking. Unidentifiable sounds and instruments suggest and whisper melodies before disappearing into the shadows.

This is an unusual album but make no mistake; it is a deeply catchy and inventively melodic piece of work. ‘Recalling’s delicate acoustic and analogue keyboard add a melancholy and wistful layer to the album which, as a whole, works as a soundtrack of sorts. Indeed, ‘The Hidden Claw’ may well be the accompaniment to an avant garde and out of print classic European movie, it sounds like it would fit perfectly in this role. ‘Never Seen A Postcard’s bluesy guitar is almost straight forward until it ultimately descends into a maelstrom of spaced out strings. ‘Rinse Cackles’ is genuinely exciting; a masterful piece of surf guitar Dead Kennedys style, adding a further shadowy element to what is already a very Noir album. This is So There however, so the surf ebbs away into a cacophony of tabla and distant radio voices before a whirlwind of treated strings and guitar and voice crashes into the picture. This is then only to be obscured by some unhinged and unsettling organ, creating a disturbing 'Susperia’ vibe. 'The True Circus’ is a creeped out Tom Waits-ian piano and flute crawl which merges into ‘Eva’s Crept Shy’ with its gothic keyboards and shudders of noise. Children’s voices mutter in the darkness adding an edge of hysteria to the already haunting canvas. ‘Manor’ comes on like a particularly insane outtake from Hawkwind’s ‘Warrior at the Edge of Time’, with a train whistling through the stuttering and deranged soundscape. ‘Blank Eagle’ (folk horror fans might like to treat this title as an anagram) introduces processionary acoustic pickings and a pagan choir before vocals create what is the most standard song on the album. But what a song; harpsichord and spiralling psych guitar take us screaming into the stratosphere. The haunted house of ‘Sherlock Of The Opera’ is a 1950’s hula nightmare of twisted Beach Boys guitar and chamber echoed vocals. Finally, ‘Hobnail’s Beam’ is a beautiful acoustic lament which would not be out of place on a classic acid folk album by the likes of Forest.

This is a truly disorientating and wonderful album; a dusty wardrobe crammed full of ideas, concepts and conceits. It is a magical Lewis Carroll ride from start to finish and is psychedelic in the truest sense; both otherworldly and musically accomplished you must hear this to believe it. As a half remembered dream and a beautiful nightmare, the music of So there will echo through your nights long after the stereo is switched off. This is a classic cult album the likes of which you will never come across again. Follow the rabbit. He knows where he is going.

Out now in a limited edition with a beautiful handmade sleeve on the splendid Reverb Worship label.

So There on Soundcloud.