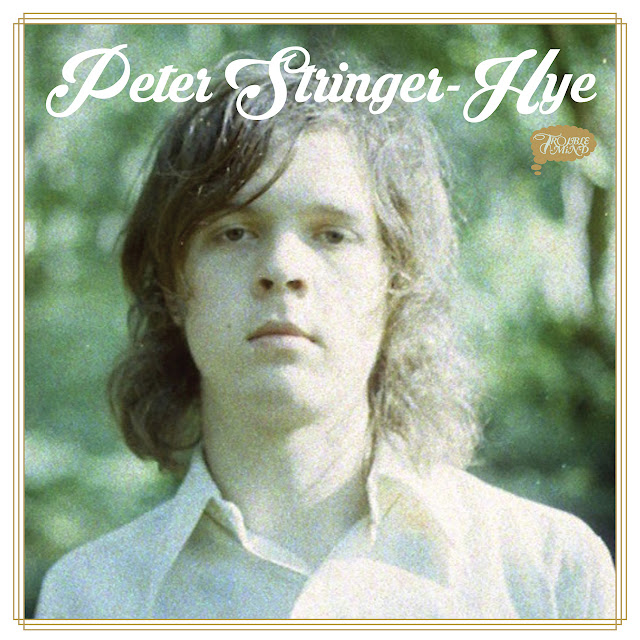 Hey! Check it out: Two short releases from the fabulous Trouble In Mind label just landed in my Inbox!

Klaus Johann Grobe hits us with a new single that contains a double-shot of atmospheric, keys-heavy pop with an extra dose of reverb. Fans of Stereolab will dig both of these tracks with a big shovel. “Baby lass uns sein” is the spacier, more atmospheric of the two songs. It starts with a skeletal groove, lays a bed of organ upon that, and colors the whole thing with a variety of Moog sounds while Grobe croons over the top. Sexy. “Ich bin nicht der Grund”, on the other hand, comes at the listener with a driving bass line – all groove and pick attack – and builds upon that momentum with a drummer that locks in with the bass, instead of the other way around. The rhythmic vocal reinforces the groove. It’s a song made for bobbing your head to.

Peter Stringer-Hye on the other hand strikes a more-blatantly “sophisticated” profile on his "Sunday Girls" EP, with a sound that is more reminiscent of late-60s and early 70s singer-songwriters. The Byrds and Gene Clark, in particular inform the entire affair and their influence is pretty much everywhere on this plate. “When My Eyes are Closed” almost sounds like it could be an outtake from "Mr. Tambourine Man", with jangling 12-string electric guitar reinforcing a melody that sounds like it could have been penned by Roger McGuinn, himself. The title track, and also “Throw Away the Day” however, feature a slightly more country flavor that owes more to Gene Clark than to McGuinn. But some of the subtleties of the arrangements, like certain keyboard sounds and guitar tones, and twists in melody, betray more-recent influences, including Belle and Sebastian and The Apples In Stereo. And it’s these subtle, more-modern touches lurking just below the surface that keep the EP from being merely a throwback or a genre exercise. It’s a wholly enjoyable listen.

My goodness, I love this label.

Thank you, Trouble In Mind!

Get them both directly from the Trouble in Mind webstore here.