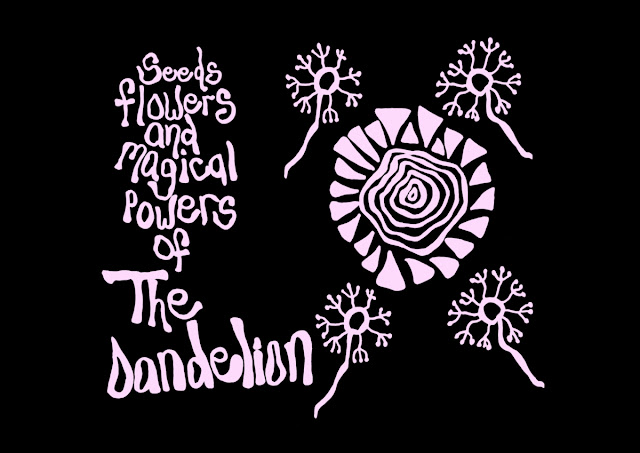 Sydney based four-piece the Dandelion have taken their time with the followup to their excellent debut “Strange Case of the Dandelion”, and they’ve certainly upped the ante from that very fine release.

Fronted by Danatalia de Silver, of the Dolly Rocker Movement, the band have developed more of a rapport on this release, as you’d expect after a busy year of live shows and studio time. This results in much tighter interplay between the musicians, and a much closer approximation of the ‘thin wild mercury sound’ that Danatalia hears in her head (‘…musical spells projecting images of galactic space travel, pagan witchcraft, love, ethereal energies and a blend of east meets west..”). Quite a convoluted and individual mixture of the mysteriously pagan and incense-wafting love-in, but it’s blended together and captured perfectly on “Seeds Flowers and Magical Powers.” This is obviously the work of a band that are all on the same wavelength, quite comfortable to pursue their singular vision.

Unusually for an album twelve months in the making, the songs often start tentatively, creating the illusion of spontaneity, and giving the impression that they’re being conjured into existence, or being dragged onto this plane from another far different, distant one.

Suitably enough then it’s quite an exotic brew, which tempers its Beatlesque psychedelic pop with lush sitar textures and sinuous, eastern tinged organs. Danatalia’s voice is often buried in the mix, or shrouded in layers of reverb and effects which make them sound more like whispered incantations than vocals per se, adding an otherworldly element that plays off the more kosmische and Astrological elements of the lyrics perfectly.

But there’s also plenty in the way of memorable songs here too. Style and substance. If you've got a short attention span and want one track to win you over, give “In The Shadow of Light” a quick spin; it encapsulates the blend of styles here perfectly, with its pastoral acoustic guitar figure teased and coaxed until it’s subjugated and assimilated by a serpentine organ part. If you're anything like me, that'll have you sticking around for plenty more.

CD and digital are both available here: