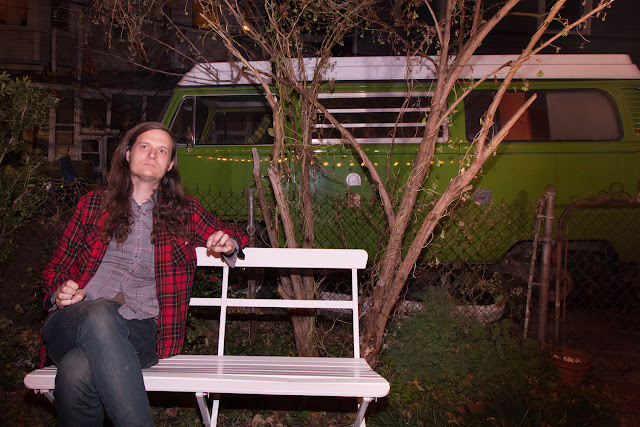 Doug, tell us a little bit about your years with MMOSS and the influence that Rachel Neveu and Justin DeArmitt had in the sound and feel of the band.

MMOSS went through many changes in its seven years both stylistically and member wise (16 different people can say they've been in MMOSS).

Rachel, Justin and I were the longest participants (Rachel and I from 2006 on, Justin from 2008 on).

It's hard to say what influence ANY of us had on MMOSS, it was a band where it was either happening, or it wasn't. The three of us were generally on the same page with what to do and what not to.

We did perhaps each have things we pushed a bit more though, for me it was always the more pop oriented songs. Justin always got excited by new sounds and finding ways to incorporate those into songs, and Rachel was a big proponent of the free/improvised aspects of the band and was always pushing for more of that.

When did you first decide to go it alone and start work on your solo project and what was the reason for the new direction?

I honestly wasn't too jazzed on the direction MMOSS was taking at the very end, things just weren't gelling, I would have rode it out, but when the personal relationship between Rachel and myself ended, it was time to do something different.

What are your plans for the future?

Working on record number three and trying to figure out how to afford to tour a bit more.

Well I for one am stoked to hear you are working on your next album. Can you give us some
idea of the shape album number three is taking?

That's tricky to say, I always record more songs then I need, so I really won't know what songs will be on this one till it’s done. There are a couple in the running that were recorded while working on the last record, tunes that just didn't fit the vibe, but are making more sense with the current batch. So I guess it'll be a bit of a different feel from the last one at the very least.

Interesting indeed, I like your approach. Tell us a bit about your writing process. Where do these amazing psychedelic songs come from?

I generally just write a chord progression and hum melodies over it ‘till something sticks.

Then it's a matter of deconstructing the chords/melody and finding other moving lines within/around them and assigning those to other instruments.

What were your biggest influences in music when you first started? Is there an artist out there that had a huge impact on you?

I found my dad’s Byrds greatest hits record pretty early on, took it to my room and never returned it. That music just without fail takes me somewhere. 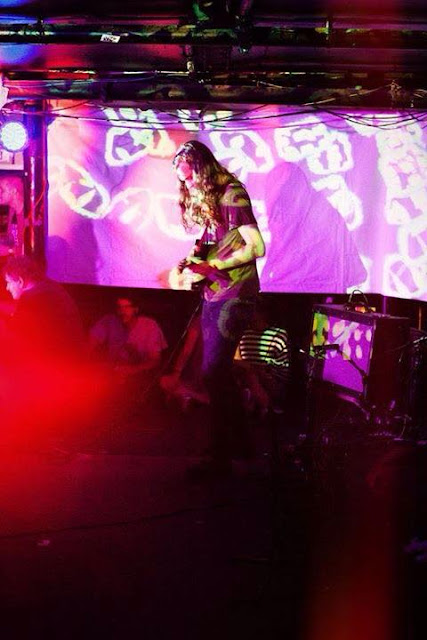 That’s a good record to find so early in life. I can hear their influence in your style. I recently found out that you are the owner of Mid-Fi Electronics. If our readers don’t know about Mid-Fi Electronics, they, or Doug really, make some of the finest guitar effects pedals on the market today. They can be found under the feet of some very well-known artists. I have it on good authority that both Jeff Tweedy and Nels Cline of Wilco use pedals made by your company. Can you confirm these allegations Doug?

Yeah, I make pedals. I've been selling to Nels since before he was in Wilco, he was the roommate of Bobb Bruno (now of Best Coast) who was my second ever customer. I've seen pictures of Jeff Tweedy using my pedals but have never sold any directly to him, he must go through a retailer. I only met him briefly once.

Some other big names have used my stuff and Nels has mentioned it in guitar magazines. I'm hugely thankful for this as it's allowed me to scrape by without a real job for a number of years. Just kind of lucked out, and word spread a bit.

When did you start Mid-Fi Electronics?

I started building pedals in '98. I'd look at early pedal building websites and take out electronics hobby books from the library.

Back then people were pretty pumped if someone new was making pedals so it was a lot easier to get people interested.

Before ”It Calls On Me” was released, you were touring the UK and playing at the Eindhoven Psych Lab. How was that experience? How was it playing in the UK versus playing around the United States?

We did a month all around Europe on that trip and had a great time.  The big difference is being fed and having a place to stay every night.

Well that’s certainly a welcome change I’m sure. Sounds like a great experience.

I really appreciate your time here Doug. I’m sure our readers do as well. I’ll be keeping my eye out for your next album. I can’t wait to spin that fresh vinyl!

And here's a little something from our archives: