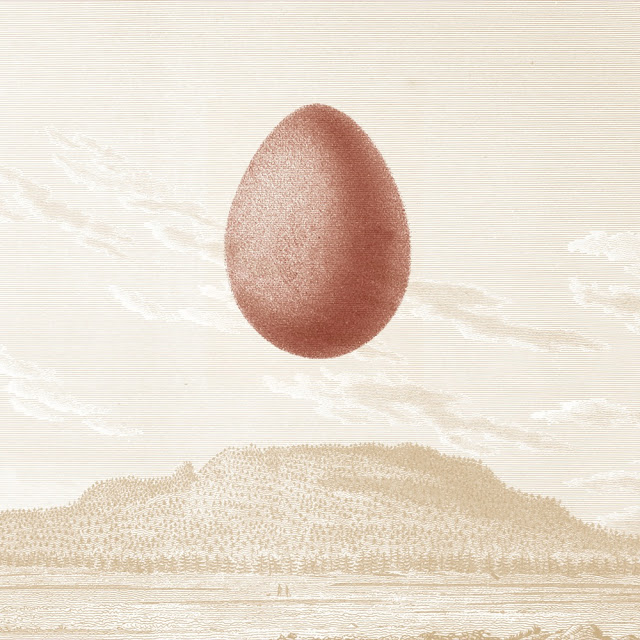 E Gone (Daniel Westerlund of Swedish band, The Goner) released "Advice to Hill Walkers" on cassette in 2015 via Zeon Lights. Mixing electronic and traditional instrumentation, E Gone proved on this sophomore release that he well deserved a wider audience. So now, Sunrise Ocean Bender and Deep Water Acres have teamed up to make that happen; "Advice to Hill Walkers" was remixed, remastered, repackaged and expanded – and beautifully so in every way.

"Advice to Hill Walkers" sounds like an artifact, uncovered in some far-off and forgotten land, like a nomadic people lost in the skies. Instrumental, eclectic, and lush, E Gone’s music nods Eastward, upward, inward and just beyond the canny. Opening tracks find inspiration in Eastern musicians – and at least to my ear, Tuareg guitars – particularly in the wonderful “Follow Moonmilk Rivers.” Westerlund even adapts a Syrian traditional song, “Ya Bent Ehkimini,” in “You Don’t Know It yet but We are Losing You.” But “Build Your Camp Out of Alpine Moss” twists that same approach until its wrung to a few sci-fi whirs that give way to a brooding, horror film’s synth lead.

Closing tracks, “Continue Ascent while Blindfolded” and “Reach the Summit, Egg,” serve as final posts in the journey and recall the many paths to reach the pass. “Continue the Ascent while Blindfolded” blends glitchy electronics with a woozy, reverb-heavy progression, while “Reach the Summit, Egg” revisits drones, deep hand-percussion, and mesmerizing, looping string themes. At just under ten minutes, the song ends in a current of sounds that becomes a trickle, then finally silence. One can’t help feeling relief, in a way, the same relief one feels at the end of a long hike upward, where one hears the same wash of sound – and then silence. It’s a reward, and though recognizably difficult, you’ll do it again and again.

"Advice to Hill Walkers" is available on CD from Sunrise Ocean Bender’s website and Bandcamp.

If you’re not convinced, check out the video for “Record the Humming of Melodious Caves” linked below.