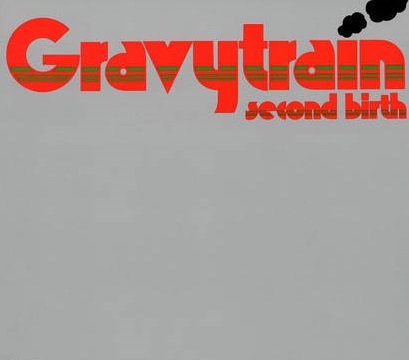 Sandwiched between their two most acclaimed albums, 1971's "(A Ballad of) A Peaceful Man" and 1974's Staircase to the Day", Gravy Train's third album "Second Birth" seems to have acquired a reputation as the band's low water mark. Roger Dean's attypically uninspired sleeve art certainly can't have helped (he'd redeem himself on the followup though), and a cursory listen to the contents within may have suggested that the bland cover art was some sort of statement on the music itself. After spending a number of years with each of the band's albums though, I'd like to initiate a critical reappraisal of "Second Birth".

It's by no means an immediate album. Nor does it possess the collector's appeal of its two Vertigo swirl predecessors, or the spacey prog charm of the following year's "Staircase to the Day". Instead it's an album that quietly worms it's way into the listeners consciousness, without relying on flashy sleeves, collectibility or gimmicks in any way.

I'd suggest that the album's lowly reputation lies largely upon the fact that it's generally a shade less progressive than the band's other releases. Fans of the band's heavier rock tendencies and of J.D Hughes' flutework (which often saw the band lazily compared to Jethro Tull) will however find plenty to wet their whistle here.

In "Morning Coming" it has quite possibly the band's best opening statement, a hooky hard rock epic with stinging guitar work and a great proggy mid section that has that peculiarly English prog vibe circa 1970 that bands like Tonton Macoute, Ginhouse, Spring and Titus Groan captured so well.

"September Morning News" and "Tolpuddle Episode" stray into folkier territory where the band distinguish themselves a little less freely, but for every acoustic gaffe there are at least two storming hard rockers.

The title track and "Fields and Factories" extend their playing time with simplistic but effective prog sections, while "Motorway", does make me reluctantly admit that there's more than a touch of "Aqualung" and "Benefit" to be found here - though the band's constant Tull comparisons do them a disservice as there is much more to their sound than this one facet.

And then there's "Peter", which has an almost glam-rock chorus that sounds like a lost hit. Why wasn't this on the radio?

Certainly not the lame duck it's made out to be, I'd argue that "Second Birth" is, if not an entirely great album, a very good one, in possession of at least four stellar tracks, and Esoteric's new reissue has it sounding better than ever.