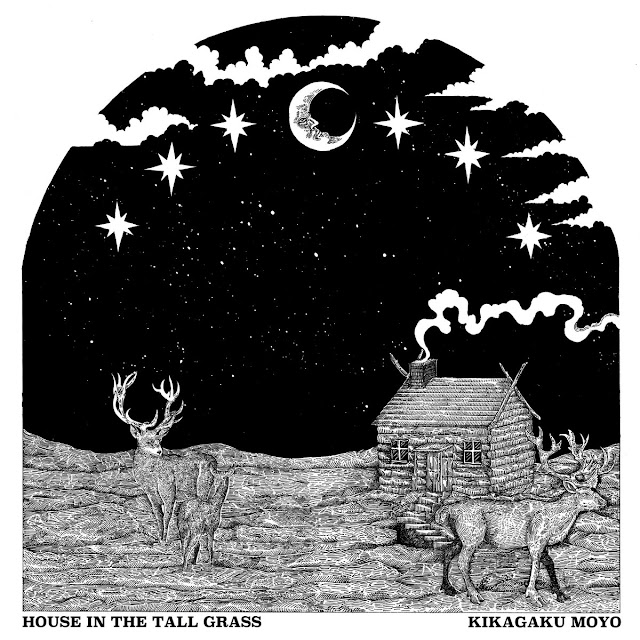 I enjoyed the last batch of GuruGuru Brain releases that I reviewed so much that I thought I'd take a crack at some of the surrounding releases too.

I'd initially decided not to cover Kikagaku Moyo's latest on the Active Listener. You've read about their previous releases here already and they're getting major coverage in places with a much higher profile so it seemed a little unnecessary. "House in the Tall Grass" has really gotten under my skin though and I'm becoming increasingly convinced that it's the best psychedelic release of the year, so it really wouldn't do for it to be ignored in these pages.

So, those of you already on board this ride can nod in agreement and move forward a few paragraphs, but for those yet to be exposed to this wonderful Japanese band, hold onto your hats because "House in the Tall Grass" is quite a special album. Previous Kikagaku Moyo releases have been thrilling,  adventurous things too, but none have taken on a life of their own quite like "House in the Tall Grass".

It's a hugely varied album which operates at a much less hectic pace than their previous releases. Opener "Green Sugar" wrong foots the listener with a cacophonous intro, before the curtains part to reveal a lovely, dreamy piece of Krautrock with shimmering guitars gently undulating over a fab Neu! rhythm section. And when the sitar comes in, it all seems so right that it feels like a piece of music that has always been. They could have simply peddled this vibe for the rest of the album and come up with a pretty enjoyable record, but full credit to them - they had other ideas. And lots of them. There's a pastoral vibe that hangs over the whole record, but within that setting they manage to cover an awful lot of ground. "Trad" bridges the gap between "Liege and Lief" and "Careful With That Axe Eugene" perfectly. "Dune" would have been sampled by every DJ on the planet by now if it had been recorded forty years ago. "Silver Owl" manages to evoke both early spacey Verve and Black Sabbath within its not-long-enough ten minutes. And "Kogarashi" may just be the most lovely, magical thing that I've ever heard.

What an indescribably lovely album. I haven't done it justice by a long shot, but hopefully you get the picture. 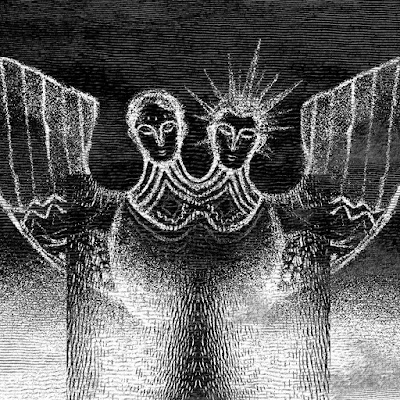 The title of opening track "Shapeless Beast" stuck with me while listening and seems to be a pretty concise phrase to describe the sound that the band create, combining poetry, ambient electronics, Taiwanese folk forms, and some absolutely transcendent tribal drumming.

"Moon" on side one gives a good indication of the promising nature of this combination, but it's the two track suite that makes up the second side of "霧海 Wu​-​Hai" where Prairie WWWW really fire. "Callous" writhes nebulously, building to an almost unbearable level of tension, before the charged atmosphere is breathlessly dispelled by the title track's percussion heavy brilliance.

Oh, and if you're wondering how to pronouce the band's name, the label press release clears that up:
"The four Ws in Prairie’s band name are not to be pronounced, serving as a pictogram for a waveform, as well as the imagery of the grass that blowing in the wind."

GuruGuru Brain are truly doing the lord's work. I can't wait to see what they come up with next.

You can stream and download both albums through the links below. The vinyl releases are beautiful artifacts, complete with OBI strips.