Maston is going to be a big deal, I have no doubt about it. The first time I heard Maston's E.P "Voyages" I was convinced that I'd heard something more ambitious and meticulous than any other psychedelic release of the year.
Now Trouble in Mind have picked him up and will release his debut album "Shadows" in February, around the same time that they'll be releasing Jacco Gardner's debut, and Maston certainly deserves to be mentioned in the same breath as his more hyped label-mate.
Frank Maston set aside a bit of time for a chat with me today, and had some pretty interesting things to say.
So hit the play button below to listen to "Young Hearts" from "Trouble" and settle back and get to know Frank a little better. Nice chap.


THE ACTIVE LISTENER : What are your earliest musical memories?

FRANK MASTON :   I had a very musical childhood, although I don't come from a musical family. I was very lucky to have parents that were big music fans, because they had a very large CD collection (which was very cutting edge for the late 80's/early 90's). I have many memories of my parents playing music around the house and I would lie on the floor and look at the CD covers as a 3-4 year old.

I distinctly remember the covers for Sgt. Pepper's, HELP!, Phil Collins' "Face Value", and all the Sting solo albums. My Dad's favorite song was Crosby/Stills/Nash/Young's "Our House" and it was the first song I ever learned on piano.

THE ACTIVE LISTENER : It's all well and good for people like myself to throw around names like Van Dyke Parks and Ennio Morricone, but who do you see as your major influences, musical or otherwise?

FRANK MASTON : I think the major touchstones are Brian Wilson, The Beatles, Joe Meek, Phil Spector & Burt Bacharach. Just in terms of tones and arrangements, there's a certain area where all of that music overlaps and that's where my songs seem to want to exist. And for some reason I'm very attached to certain recording styles.
My writing is completely dictated by my taste, and I just happened to adore all of the above mentioned artists, especially Van Dyke and Morricone. I've gone months listening only to Morricone's "Diabolik" score. So when I'm working on something I'm usually expanding on a musical idea I've been hearing and enjoying, even when it's mostly just a vibe or a feeling.

THE ACTIVE LISTENER : Your music has a very cinematic quality. Is this something that you aim for? Any experience with film or scoring? Or ambitions perhaps?

FRANK MASTON : I've always loved film scores and soundtracks. Some of the first CD's I ever owned were scores to films I liked. I still listen to a lot of film music and that's definitely a massive influence on my approach to arranging and writing instrumental music.
I've worked on piano music for a few short films, nothing too ambitious. My dream is to score films..maybe after I do a few more albums. But that's where I would like to be in five years. I think the way I write is very suited for that medium, and I'd be interested to hear what kind of pop album I'd make after doing a few projects like that.

THE ACTIVE LISTENER : Your two cassette releases / E.Ps are very confident and you seem to have immediately known the sound you were aiming for. Can you tell us a bit about how your music has evolved since you first picked up a musical instrument, to where it is now?

FRANK MASTON :I think it has a lot to do with how steady my taste has been for most of my life. I taught myself guitar/piano when I was fourteen and although what I was listening to then is much different than what I currently like, I think I would have really loved what I listen to now had I been exposed to it. So as I progressed musically, my taste developed very quickly and I sort of narrowed down what sounds moved me the most by my early twenties.
It was a matter of my writing/recording/producing skills catching up with the sounds I wanted to make, and it took about seven years before I was making music that I thought was substantial. My earliest recordings were not very stylistically different from what I'm doing now, they were just very underdeveloped. I learned a lot about recording and processing sounds. I wanted horns and woodwinds so I acquired them and taught myself how to play the parts I had in mind. The same goes for the keyboards and percussion. If I liked a sound I would identify it and then try to get whatever it was.
My taste is very specific, and I will always be attracted to certain instruments but I also think I grew a lot between Opal and Voyages and I think there's also a lot of growth between Voyages and the new one Shadows. 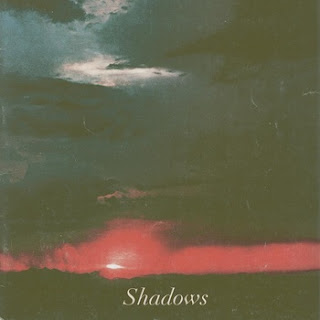 THE ACTIVE LISTENER : Is the sound in your head, the same sound that comes out on tape or are you still trying to capture it?

FRANK MASTON : I've been very lucky with translating my ideas...that's why I choose to work alone. You don't have to explain anything, so it's completely sound oriented. On this new album especially I think most of my arrangements ended up exactly as I imagined them when I wrote the songs.
My biggest issue to date has really been technical limitations. I'd like to use slightly better/more reliable equipment for the next record. And there are a lot of instruments I have ideas for but don't play or don't have access too. I'd like to use musicians who are much better at horns and woodwinds than I am, I would definitely write more elaborate parts.
All things considered though, what you hear is pretty much what I wanted it to sound like.

THE ACTIVE LISTENER : Signing to Trouble in Mind for your first full album must be exciting, tell us a bit about "Shadows" and how it came to be.

THE ACTIVE LISTENER : Bill and Lisa have been incredible. They approached me in early October having heard the Voyages EP on bandcamp and just asked what my plans were for future releases.
Before that point I had recorded the Opal and Voyages EPs and played a lot of Maston shows in LA, but I was also playing guitar in another really busy LA band. I worked on their album and toured the UK and had a really crazy year, and Maston became sort of a side project for a little while. After all of the commitments were over this last summer, I decided to just pursue my music full time. So I started writing and recording ideas for a new Maston record and I got a band together and started playing a lot of really good LA shows.
That's basically right when Trouble In Mind contacted me about putting something out, so the timing couldn't have been better. We talked a lot about my music and what my ideas for a full length would be and then they just offered to put it out. I spent six weeks from the middle of October til the end of November writing and recording the album and I'd send them tracks as I finished them.
They just had really helpful feedback and pretty much loved everything I sent them. The artwork as well.
What impressed me the most about Lisa & Bill (aside from them having released things I liked) is that they really understood what I was trying to do and they've been so amazingly supportive. I'm really happy to be putting out this out with them, I think it's a really great fit.

THE ACTIVE LISTENER : You have a band for live performances, but still record generally solo (am I correct in thinking this?). Tell us a little about how your approach to performance and recording differs, and what you enjoy about each?

FRANK MASTON : Yes, you're correct...Maston is just me. So on the recordings I'm playing everything (except the harp on the new record) and overdubbing it myself.
That's how I work the best, and I think I'll always work that way when I can. The trouble comes with translating it live...
After I released Opal I was trying to figure out how to perform it without a band, so I started playing shows with a few loop pedals. Nothing pre-recorded; I'd have a mic running through effects that I would play percussion into and then loop that. I'd run the percussion loop through another loop pedal where I'd play a song on organ or guitar and then just layer little parts over it as I sang. It was a challenge to make it interesting, but I played a lot of very fun shows that way and it did sound pretty true to the record.
About the time I was doing Voyages (last fall I think) I realized that looping by myself was restricting my choices of songs and I was being asked to play a lot of larger shows where I didn't think it was fitting for me to play alone. So I went about putting together a band. We played sporadically for a few months (due to other band commitments) but really became active this summer when my schedule let up. The lineup now is really great, there's four other fellas besides myself.
They are all amazing musicians, much better than me, and they have been so great playing my songs with me.
The energy that comes with playing in a band is just unmatched. It's the most satisfying thing to share my music and get an instant reaction. It's very immediate. Whereas recording is very gratifying in the longterm, where it necessarily doesn't pay off right away.

THE ACTIVE LISTENER  What was the last album you bought? What albums have you been enjoying most this year (from any era)?

FRANK MASTON : I don't remember the name, but it was a Joe Meek compilation with two discs. Half of it I hadn't heard before which was awesome. I thought I knew it all.
I was obsessed with ELO's "Into the Blue" over the summer and I listened to/watched "Purple Rain" about a thousand times. I've been listening to the White Album a lot in my car the last few weeks.

THE ACTIVE LISTENER : What's next for Maston? Anything else you'd like to chat about?

FRANK MASTON : 2013 is going to be a busy year. The record comes out Feb 12th, and we're planning a North American tour for March that includes some shows at SXSW. I'll have the five piece band with me and we'll be playing mostly songs from the new record. I'm hoping to tour as much as possible this year and have another LP done by this time next year. Maybe we'll be down to visit you in NZ soon!

Maston on Facebook.
Maston at Trouble In Mind Records

You'll be able to hear Maston's take on Tyrannosaurus Rex's "Throat of Winter" on the Active Listener's Christmas Special in the next few days - watch this space!