I've chosen my forty favorite albums of the year here, listed alphabetically.
Here's the last part of the list.
I've included links to full reviews if they were originally reviewed here on the Active Listener. 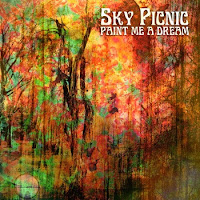 Sky Picnic - Paint Me A Dream
Available as Vinyl / Digital

What I Said : "Paint Me A Dream" is a total winner. I'm such a big fan of their last album "Farther In This Fairytale" that I was semi expecting my high expectations for this album to lead to a little disappointment - "Paint Me A Dream" does have some mighty big boots to fill after all, but I couldn't be happier with the results. (FULL REVIEW HERE) 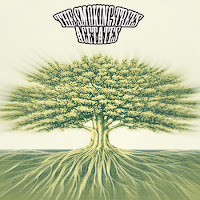 What I Said :  "Acetates" is a total winner, and ups the stakes considerably on anything Nunez has released thus far. It's also a much more psychedelic offering than we've heard from him before with an ambitious mix and all sorts of crazy psychedelic effects threatening to unhinge even the most stable of listeners. That this process has been applied to some of the sweetest pop tunes that I've heard for ages is both perverse and brilliant. (FULL REVIEW HERE) 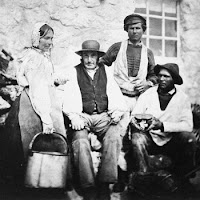 
What I Said : The ingredients that made previous albums so successful are still very much present - plenty of field recordings (many of which sound like they were actually recorded in fields), lashings of psychedelia, solid source material et al, but for some reason this strikes me as their first album with any sort of major crossover potential. (FULL REVIEW HERE) 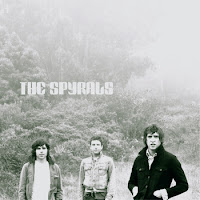 What I Said : Garage rock with plenty of psychedelic touches, but they've also obviously been inspired by more recent acts as well, which means that it's not unusual for a track to sound like early Pretty Things, the Stooges and the Black Angels all at the same time. (FULL REVIEW HERE)

What I Said : There are certainly elements of psychedelia and folk rock present in their sound, but they have a wide ranging set of influences and backgrounds that makes this a diverse genre-hopping set. (FULL REVIEW HERE)

What I Said : The Sufis have set their sights high, and come across like a cross between the Beatles at their most mustachioed and Pink Floyd circa Arnold Layne.
Evocative, but never derivative, they channel their influences into concise and adventurous psychedelic pop tunes, the majority of which could have been hits in 1967 and with a little luck might be now. (FULL REVIEW HERE)

What I Said : A mature approach to songwriting which results in songs that are deceptively simple and melodic and generally a little less hooky, but after a few listens they really sink their teeth in and reveal some absolutely gorgeous melodies that'll stay with you forever. (FULL REVIEW HERE) 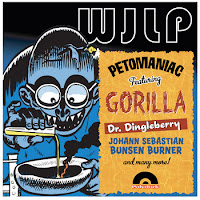 What I Said : Petomaniac is a very smart instrumental album, and showcases an impressively diverse selection of originals that conjure up images of tv and movie themes of bygone days. (FULL REVIEW HERE)

After a number of attempts with earlier albums Woods have finally delivered an album thet grabbed me from the get go. The ghosts of Crazy Horse and the Byrds are very much in residence on this rustic piece of psychedelia, but it's the songcraft that impresses most.

This seems to be a polarizing album with it's champions and it's detractors pointing to pretty much the same reasons for their opinions. I personally think Neil is at his best with the Horse, and if it takes him 15-30 minutes to tell his stories I'm fine with it. The best thing he's recorded with Crazy Horse since "Sleeps With Angels" and a return to the more rough and ready style of "Ragged Glory". The lovely "Ramada Inn" and "Walk Like a Giant" in particular prove that he's still got plenty to say, and can still say it in an eloquent fashion.


Best compilations and reissues of the year to come soon!