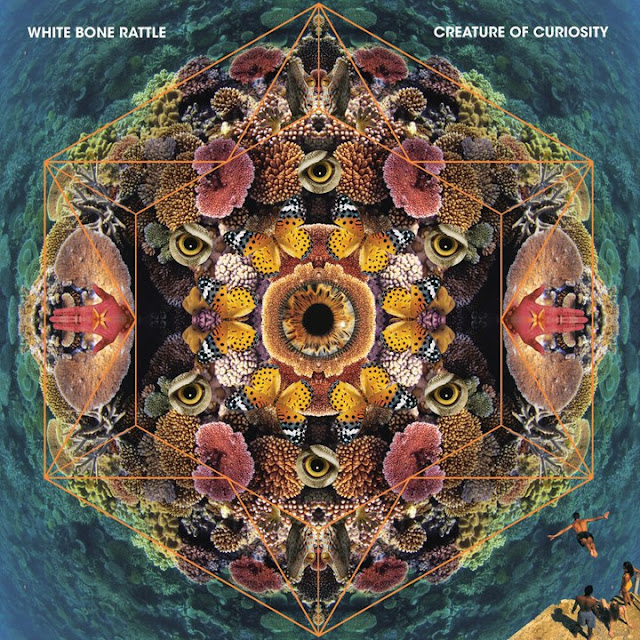 The debut album from Kent's White Bone Rattle shows a band with ties to many eras who don't seem a hundred percent sure of where they want their allegiances to lie yet.
The album starts with a bang - "Eyes of the Island" is a riffy seventies rock number with enough cymbal splashes to bring out my inner air-drummer, and a great showcase for the band's strongest component at this point - David Hayfield's primal vocals which sound more than a little like Ben Ottewell from Gomez although his musical surroundings here are more akin to the likes of Wolfmother.
From there we get bits of spacious psychedelia on "When I Return", a pounding Deep Purple tribute on "Horse" and on "Creature of Curiosity" a fabulous piece of very English stoner swampery that ought to keep Wolf People fans happy while they wait for a new album.
A few tracks, "Miss Mist" in particular tread a little close to the mid nineties retro rock sound of the likes of Reef and Ocean Colour Scene for my liking, but these moments are more than made up for by the massive fuzz guitar riffery of tracks like "The Green Hour", "Milk" and especially "Taken By The Movement" which has a lumbering stoner riff so slow that they probably had to sedate the drummer to capture it on tape.