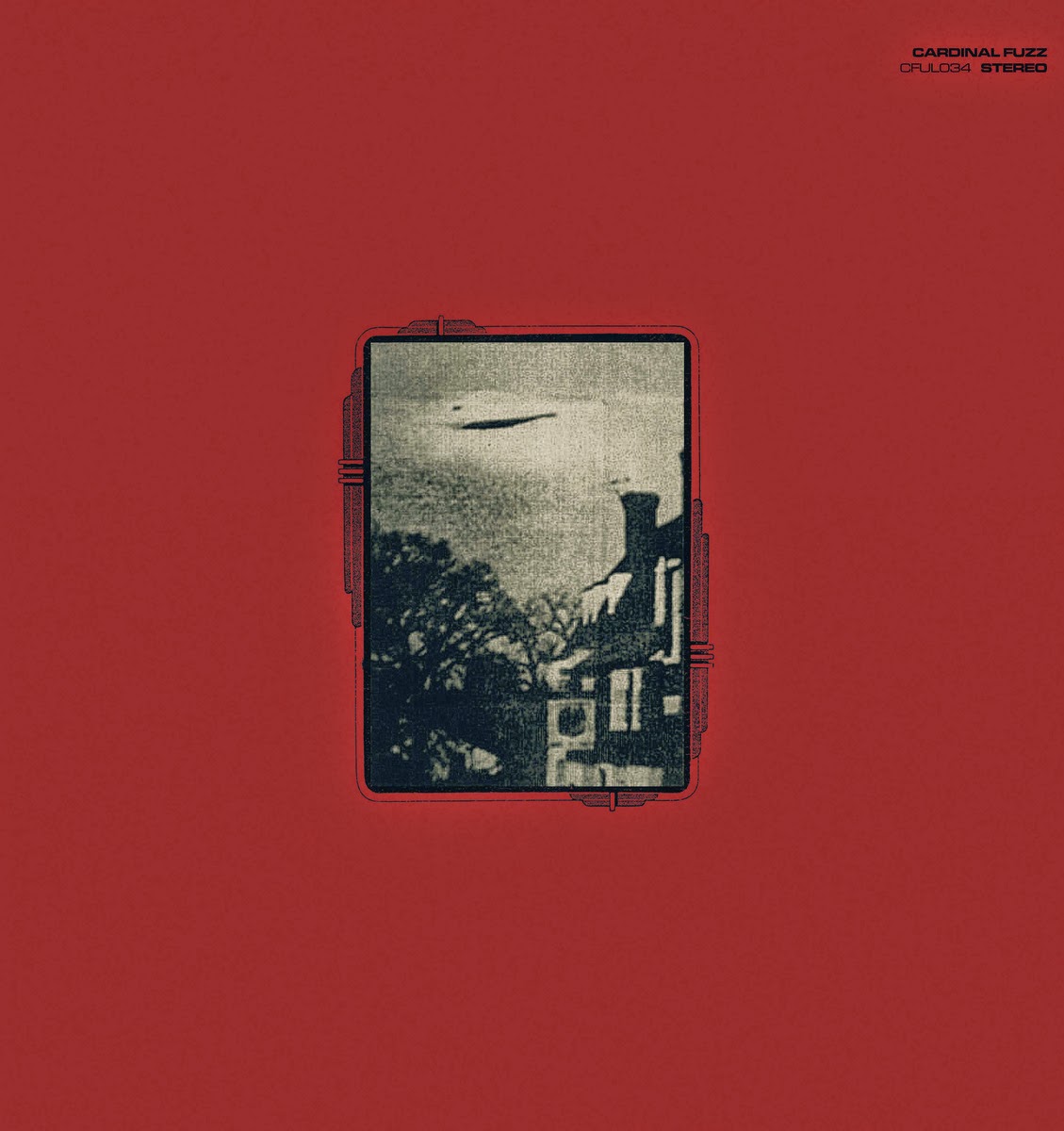 Anthroprophh’s latest album, "U.F.O", is an experimental, instrumental trip through the extraterrestrial. This Bristol based trio is comprised of Paul Allen of The Heads and Jesse Webb and Gareth Turner of The Big Naturals.  Ambient but heavy, "U.F.O" is mainly comprised of percussion, guitar, and electronic freak out. Each song is named after the date and location of a specific UFO sighting in the United Kingdom between the 1950s and 1970s. I highly recommend looking up summaries of each UFO encounter, as this can really increase appreciation of the album and help induce a sense of the supernatural.

"U.F.O" begins ominously with “14.10.54 Southend On Sea.” A light warble drones while a voice in the background repeats numbers and the word “bravo” from the NATO phonetic alphabet. Intensity slowly increases throughout with the addition of a humming, as one would expect from an aircraft, and the interjection of sudden guitar jabs. “17.7.55 Bexleyheath” continues seamlessly from “14.10.54 Southend On Sea,” amping up the tempo and greatly increasing intensity and feedback. Soon, extreme scratchiness and wailing guitar distortion reign.

“13.8.56 Lakenheath” is more whimsical than the previous songs, though no less eerie. Fluttery flutes and technological beeping dominate the soundscape. A driving, march-like drum beat picks up towards the end. Through the transition to “4.4.57 West Freugh” the tempo becomes frantic. The rising cadence creates a sense of desperation and evokes a feeling of approaching extraterrestrial invaders.

Subdued and spacious, “19.5.65 Warminster” could be the calm before the storm. Simple drone space rock, with a whistling, jingly background, the peace is soon broken by a deep humming and sudden cymbal crashes. The landing of alien vessels? Perhaps. “19.5.65 Warminster” fades out and “28.4.67 Brixham” begins with several quartets of stark guitar notes, reminiscent of those in Pink Floyd’s “Shine On You Crazy Diamond,” only more desolate and jarring. A steady, driving bass line picks up and is soon accompanied by a warbling guitar. Static and jarring screeching with a wind-like whooshing soon take over, but the song returns abruptly to a more conventional, though highly creepy, steady rock rhythm.

“26.10.67 Owermoigne” is frantic and highly rhythmic, while “23.1.74 Berwyn Mountain” is a quirky electronic mash up of telephone-like beeps. The finale, “22.9.78 Weedon BEC,” ends the album on a heavy, garage rock note with droning guitars and mild distortion.

I suggest exploring "U.F.O" in a comfortable environment where you can give it your undivided attention. Please listen to it all the way through; the transitions are perfectly seamless, and the album is way more powerful as a whole. I also wouldn’t suggest listening to this while driving in the dark on the roads of the United Kingdom; this would probably be unsettling.

That sold out really, really quick. Keep an eye on Cardinal Fuzz here, or harrass them for a repress.