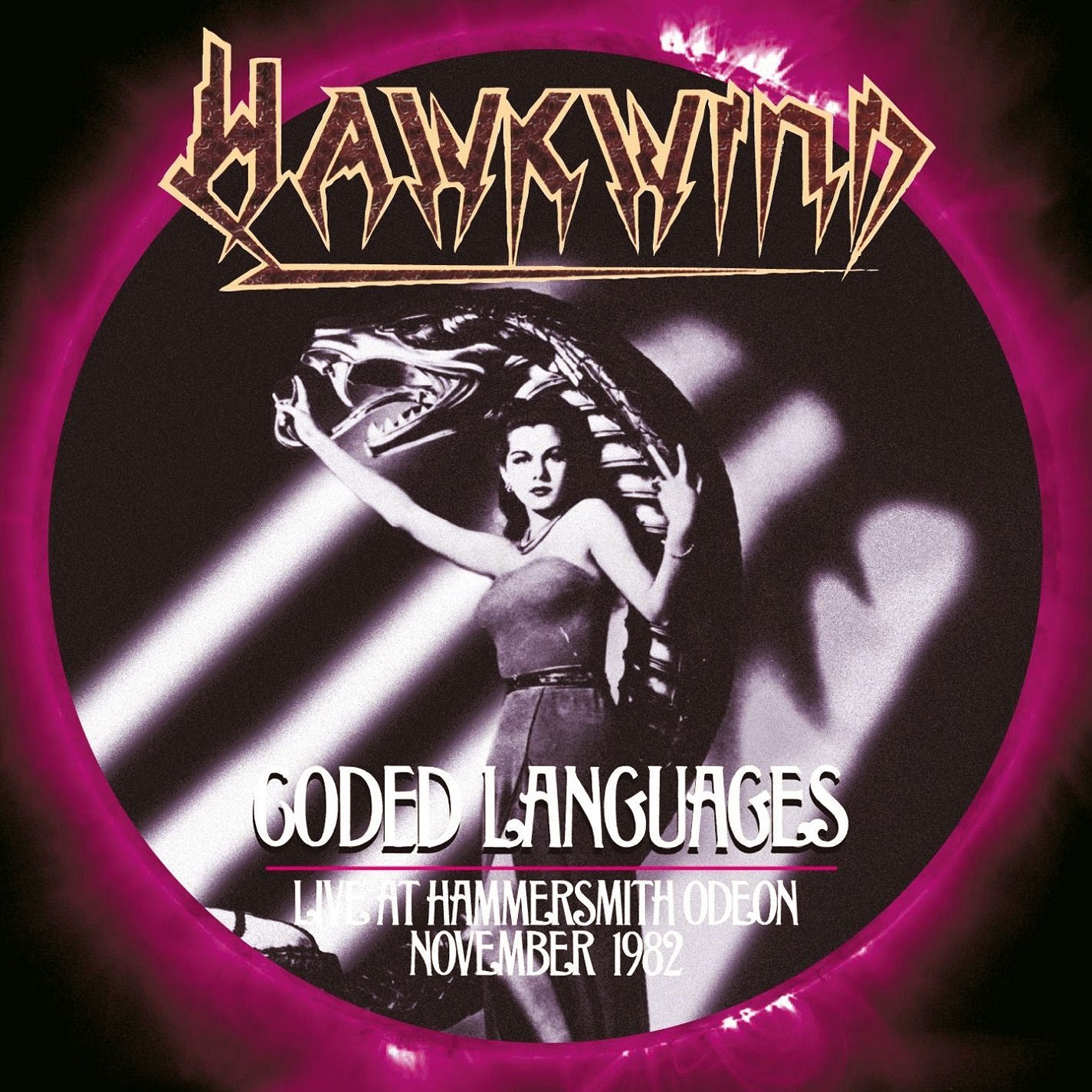 Most casual fans will tell you that while Hawkwind's seventies albums are consistently excellent, they faded into cliche soon after. It's true that 1980's "Levitation" (featuring Ginger Baker on drums) may well be their last five-star studio classic, but the period directly following is an oft-overlooked fertile patch. Particularly good are the occasionally inconsistent, but often thrilling studio platters "Choose Your Masques" and "Church of Hawkwind" (the latter of which began life as a solo outlet for Dave Brock's synthesizer material). Around the time of these neglected gems Nik Turner briefly rejoined the band, and this fabulous live set was captured on tape. Originally released in rough monitor mix form as Volume Two in the Collector Series, this newly rechristened, freshly mixed, expanded and resequenced collection of all surviving material from the Hammersmith Odeon in 1982 is a total revelation.

The show is built around a core of material from the "Choose Your Masques" album, suggesting that the band were confident that they were onto a winner with the contents of this particular album. They're right too. As strong as the studio versions of these tracks almost all uniformly are, the live versions here leave them for dead. "Coded Languages" builds to a feverish pitch which demonstrates a live band at the peak of their powers - not what conventional wisdom would have you expecting from this lineup. Elsewhere "Solitary Mind Games" takes a more exploratory approach, with Turner's flute darting around the melody appealingly. Even the NWOBHM arrangement of "Psychedelic Warlords" is an improvement over the leaden plod of the version found on "Masques"- although still a misstep when compared to the glorious original.

There are plenty of fan favourites too. "Sonic Attack" is here naturally, along with a mind expanding version of "Brainstorm". Best of the oldies though is a rare run through "Steppenwolf", with astounding guitar interplay from Dave Brock and particularly Huw Lloyd-Langton - a guitarist not generally thought well of by fans, but on astonishing form throughout this set. Get ready to re-evaluate your opinion of him here, and prepare a hat to eat.

And hell, this set sounds good. The new mixes are extremely dynamic, with suitably otherworldly sounding keyboards, a powerful, propulsive rhythm section and huge guitars which maintain plenty of muscle while generally avoiding the NWOBHM sound of Hawkwind's studio albums of the eighties.

Sure it's not all great. That "Psychedelic Warlords" remake wasn't strictly necessary and Turner's sax skronk gets on the nerves every now and then (although it's mercifully low in the mix for the most part). And the spoken word exhortations are still very, very silly, but it's all in great fun. And - big call  I know - this, to me, stands up there with the very best of live Hawkwind, and that includes "Space Ritual", which I had previously thought untouchable. It's a real pity that there's no vinyl version of this on the cards, as this is so much more than the sort of archival release that only deserves a CD release.

Atomhenge really are doing a phenomenal job with their Hawkwind series. They've managed to pull one out of the bag here, with a release that is unexpectedly great in every way. I wonder what other hitherto unappreciated gems they have to dust off for us to rediscover? Exciting times for Hawkwind fans. Don't sleep on this one.