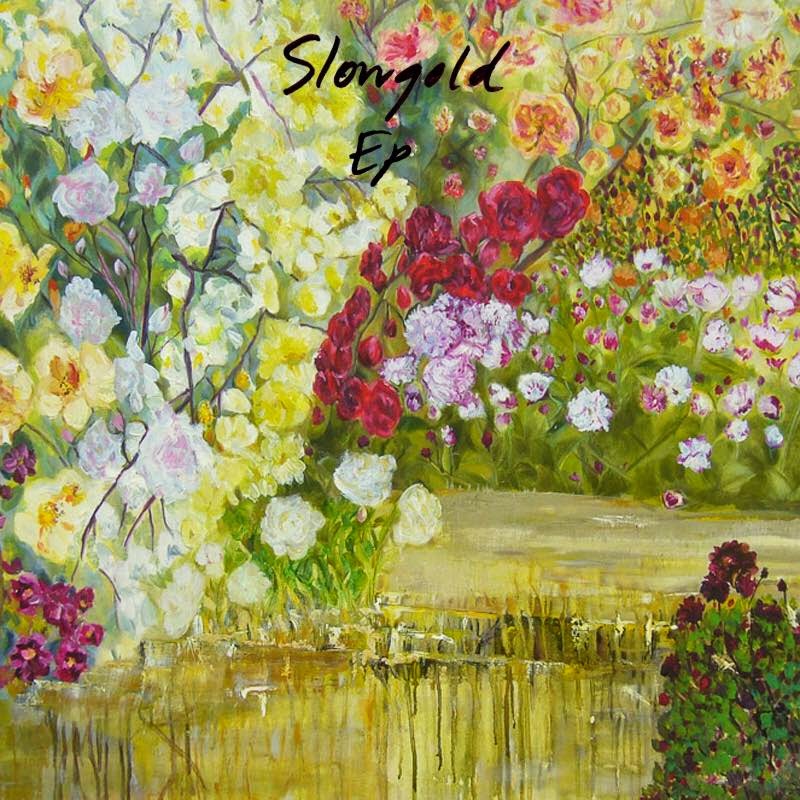 Swedish band Slowgold sound like a band from a different time and place entirely, and with their website namechecking the likes of Gene Clark and Neil Young, I'm sure that it's no accident.

This E.P's press release makes it clear that frontperson Amanda Werne for all intents and purposes IS Slowgold, and with that in mind I'd anticipated a much sparser collection of songs than what is on offer here. Werne is certainly a charismatic presence, with the sort of massive voice you'd expect to hear at a late sixties festival in San Francisco, but the band members she's roped in are certainly no slouches either, accentuating that relaxed San Francisco jam band sound, and combining it with spacious Laurel Canyon loveliness. I can't help but be reminded of the loose, communal vibe of David Crosby's "If I Could Only Remember My Name", particularly the lyrical lead guitar work which alternates between the tasteful picking of Jerry Garcia on that record, and the carefully selected, echoing off the canyon, single note runs of Neil Young.

"Finland" proves that Werne could go it alone however, needing little more than her acoustic guitar, harmonica, and vocal to captivate. And as powerful as her voice is, she's also capable of moments of quiet subtlety, like the hazy acoustic dreampop of  "Våren", which has the gentle melodic pull of Mazzy Star. The Swedish vocals add an extra exotic tinge which makes this particularly earthy music seem just that slightly bit more alien to an English speaking listener.

There's more than enough evidence on this E.P that Werne is an exciting proposition for the future, and that she has the very best taste in collaborators. Anyone with even the remotest interest in albums from the tail end of the sixties / start of the seventies, or Cosmic American music in general owes it to themselves to check this out, starting with the video clip below.