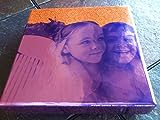 Stepping into the more mainstream for a moment here's a blow by blow on the bonus tracks from the Siamese Dream reissue. I received a copy of Siamese Dream for my 13th birthday a month or two after it's original 1993 release, and from that moment on the Smashing Pumpkins were the most important band of my teenage years. I've been waiting impatiently for these reissues since I heard of their impending release so now that they've finally hit the shelves, here's the lowdown. Gish will follow as soon as I get to listen to it.


1. Pissant (Siamese sessions rough mix) - sounds to me like a more bass heavy mix of the previously released b-side version.
2. Siamese Dream (Broadway rehearsal demo) - nothing like the released b-side version this is a much better recording and a totally different full band arrangement. The first half is very tightly structured and has great drums from Jimmy then the second half breaks down into a half time blues jam.
3. STP (rehearsal demo) - awesome heavy riff rocker with some lovely twiddly guitar leads. A very good recording with emphasis on the vocals, guitar and bass with the drums buried in the mix unfortunately.
4. Frail and Bedazzled (soundworks demo) - this is a kick ass instrumental version with the vocal parts replaced by some great lyrical guitar leads. Billy is a great player. It's a pity he doesn't let rip like this much anymore. An early highlight.
5. Luna (apartment demo) -  acoustic guitar, bass and vocal ( with some treatments ) demo. Billy obviously had a very precise idea of what he wanted with this track already at this point as the arrangement is identical to the album version.
6. Quiet (BBC session/BC mix) - a pretty good indicator of how tight the band were live by this point, but there's not really anything happening here that the album version didn't have.
7. Moleasskiss (soundworks demo) - this is probably my favourite unreleased Pumpkins track, so it's great to have a better quality mix of it finally. Shows how Billy could write anthemic choruses in his sleep at this point. Jame's harmony vocal in the chorus could do with being mixed a bit lower though. Or removed.
8. Hello Kitty Kat (soundworks demo) - an interesting early version with a completely different chorus and some different lyrics. Sounds a little hesitant early on but builds up a really good head of steam by the time the guitar solo(s) and outro arrive - both of which are again considerably different to the released version. 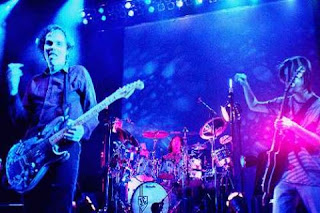 9. Today (Broadway rehearsal demo) - huge fuzz guitar on this heavier, slightly slower, early version with none of the dynamics of the released version as well as some different lyrics. Some nice guitar breaks, but a pretty lazy sounding, uncommitted vocal from Billy - but after all this was just intended as a rehearsal so we can't expect too much.
10. Never Let Me Down Again (BBC session) - very similar to the released version but without the treated backing vocals. Apparently Depeche Mode's Dave Gahan prefers the Pumpkins version to their own.
11. Apathy’s Last Kiss (Siamese sessions rough mix) - one of my favourite early pumpkins rarities this is a much more simple mix than the released version with clean slide guitar much higher in the mix and without the echoey vocal treatments. Good as an alternate mix, but the original is still my favourite.
12. Ache (Silverfuck rehearsal demo) - a pretty cumbersome rehearsal - a low point for me on here - there are too many good live versions of this around for me to think I'll ever play this version again.
13. U.S.A. (soundworks demo) - an effortlessly tight instrumental groove ( think gravity demos ) - good stuff.
14. U.S.S.R (soundworks demo) - a pretty basic instrumental demo - short and choppy - something a little different for the Pumpkins.
15. Spaceboy (acoustic mix) - the released version minus the mellotron bits ( which were the best bits in my opinion )
16. Rocket (rehearsal demo) - better than the other rehearsal versions of album tracks on here and with a slight variation to the main riff, but I still can't foresee a time when I'd want to listen to this if the album version was available to me.
17. Disarm (acoustic mix) - the released version minus the tightly strummed acoustic guitars - sounds a little too sparse to start with, but quite beautiful once the chorus strings come into play.
18. Soma (instrumental mix) - exactly what it says it is - there's enough going on for it to stand up on it's own two feet as an instrumental and it benefits from being able to hear some of the layers of lead guitars more clearly.

There was a reasonably negative response from some fans about what is on here compared to what they hoped would be on here, so it's very pleasing to report that this is much much better than expected with only a couple of weak rehearsal tracks that could have been left on the cutting room floor. Great stuff and I can't wait to hear Gish next.

As always comments are appreciated.