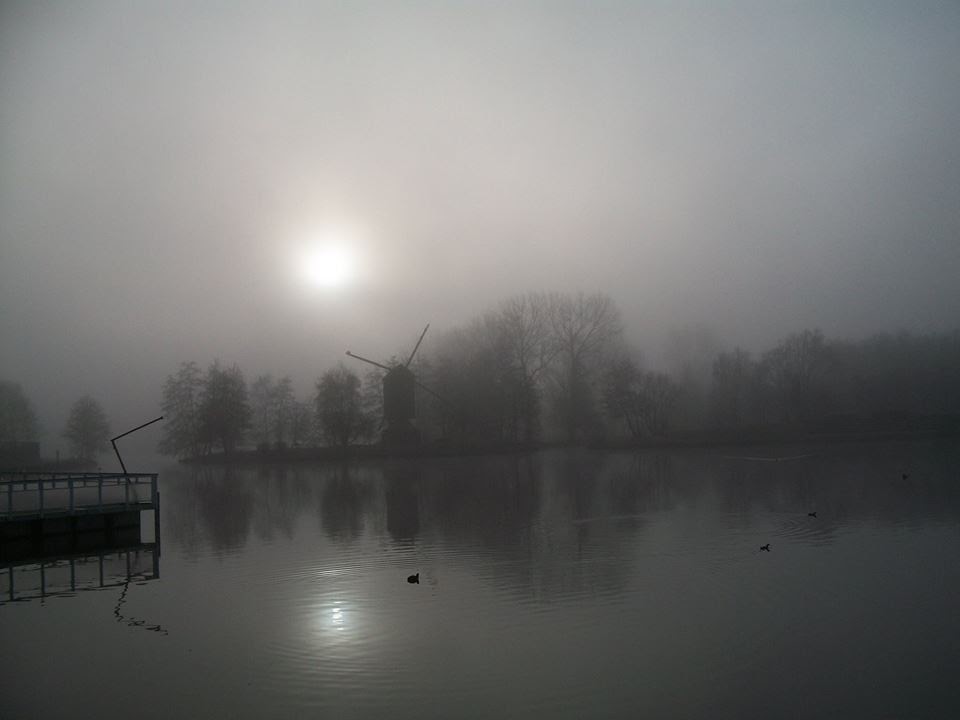 Sourdeline are psych legends; arguably the foremost purveyors of French acid folk, their two (until now sole) albums from the 70s have become both the stuff of collector's dreams and a huge influence on modern alternative folk outfits such as Fern Knight and Espers. Thirty-five years later, following a growing presence on social media sites and some thrilling live performances (available on youtube and well worth seeking out), their third long awaited album has finally arrived. Fans of the band (such as this writer) suspected something was in the offing and are now amply rewarded with 'Sourdeline And Friends', an entirely brand new recording. The good news is that this new release not only fits ably alongside Sourdeline's existing canon of classics ('La Reine Blanche' and 'Jeanne D'aymé') it perhaps even surpasses these fine albums.

The album opener 'Princesse De Rein' finds Catherine Burban's psalterion, JP Danielsen's mandoloncello and a single processionary drumbeat propelling the track immediately into otherworldly climes. This is truly a fairytale of a song, at once full of wonder and foreboding. It also clearly signals the return of Sourdeline in no uncertain terms; it is absolutely intoxicating in its sheer sense of medieval splendour. 'Rossignol Du Bois Qui Chante' starts with a chanter, pipes echoing through the mists before percussion and Burban's distinctive and emotive vocals enter. One can very much hear the influence that Sourdeline have had on acts such as the aforementioned Fern Knight, Sharron Kraus and Espers. Indeed, for fans of these acts and of psychedelic or acid folk in general, this album is a must. 'Dors Mon Petit / Little Horses' slows the pace with intricate finger picking and weeping violin, evoking an ancient and madrigal like atmosphere. Indeed there is something quite medieval about Sourdeline's music; its intricacy and stateliness harks back to something much older, more renaissance. The track merges into a take on the traditional 'All The Pretty Little Horses' with Margaret Ayre (of Fern Knight) lending her vocals to create a beautiful and ghostly nursery rhyme. 'Au Roc D'Anglars' is again a regal dance; violin, gazing drum and dulcimer providing an air of courtly drama. Swirling violin and mandoloncello lead into a drone based chant that ends the song on a note of gorgeous tension. It is a hairs on the back of the neck moment.

There is great warmth and genuine beauty in this music and one can easily imagine Sourdeline existing outside of the modern world, perhaps hidden away in a gothic chateau in rural France untouched by contemporary concerns. It is truly a joy to be able to share in this world outside a world, even just for the eight tracks on this album. 'Wake Lyke Dirge/ En Nous En Allant Aux Champs/ Danse' is an epic medley, the first element a traditional ballad perhaps best known from its interpretation by Pentangle. Again this part benefits from Margaret Ayre's distinctive and dreamlike vocals whilst husband Jim Ayer provides steady percussion in this haunted dance. The second part of this trilogy is a traditional French song, a chanted, hymnal lament that reminds one of 'Serpent's Egg' era Dead Can Dance. Suddenly, violin joins the Seventh Seal style march, a stirring and thrilling moment. The medieval carnival concludes with 'Danse', a jig of violin and mandolin that swoops and dives with ancient splendour and genuine bon vivre. 'Le Bouvier', originally a traditional song, is a dark and unsettling tale illustrated with crashing cymbals and terse percussion over plaintive strings and keening vocals whilst 'Pierre De Grenoble' is a sinister and bewitching affair, a cauldron black waltz of wonder. 'White Wolf/ Jai Vu Le Loup', sung by Margaret Ayre, Burran and Danielsen, is however truly the jewel in the album's crown; a glistening gem of a song with a dark undertow, its interweaving lines and harmonies are truly both majestic and magical. Again, elements of the works of Lisa Gerrard and Katherine Blake come to mind but this is very much Sourdeline's own unique kingdom.

'Sourdeline And Friends' is limited to just 100 copies on the ever dependable Reverb Worship label. The album comes with an evocative handmade sleeve framed by a photograph taken by Dorian Danielsen (JP's son) and with sleeve notes by Nicolas Cayla, producer of the band's debut album. Step back in time, enter the castle gates and begin the dance; Sourdeline have returned to take the throne.