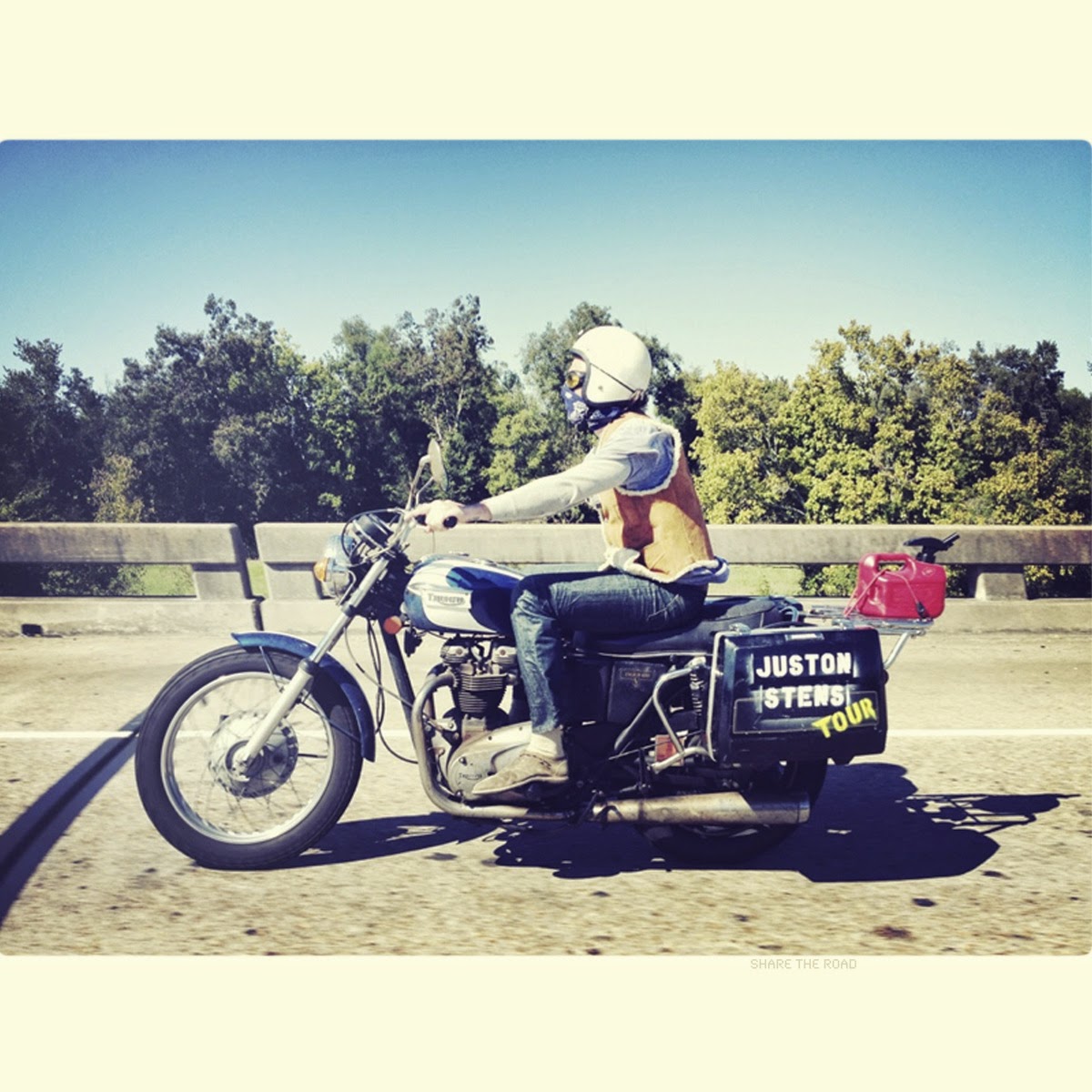 All those old "how many drummers does it take to change a lightbulb?" chestnuts are rapidly becoming a relic of less enlightened times (albeit an amusing one). With albums like Foxygen drummer Sean Fleming's "My Friend Fish" easily matching the output on their dayjob, the days of drummers producing albums like "Sentimental Journey" (bless) and "Two Sides Of The Moon" appear to be long behind us.

Jumping ship from the successful Dr. Dog after six years behind the skins has given Juston Stens an opportunity to flex his songwriting muscles, and he certainly seems to have sponged up plenty of his former bandmate's songwriting prowess. Hitting the road on a Triumph, Stens toured around the States, recording these collaborative tracks as he went with the likes of Jessica Lea Mayfield, David Vandervelde, Dr. Dog members and more. The process is documented on the film "I Lay Where I  Fall", but the album functions perfectly well as a stand alone piece.

Stens is a strong songwriter, with the deft ability to evoke classic Americana with a nice,  contemporary twist which also references mild psychedelia and classic pop. Fans of Dr. Dog, Father John Misty, Blitzen Trapper, Wilco and the like should be pricking up their ears about now. Stens has an emotive, Evan Dando-ish croon that works particularly well in tandem with a female voice, particularly on the unmistakeable Nancy and Lee homage "Strange Love", but he's equally at home with low key rural psychedelia "Slipping Away" or peppy Belle and Sebastian pop "It's Aright".

These sorts of albums often end up sounding more like the collaborators than the featured artist, but Stens has a dominant hand here that allows the guests room to breathe, flourish and contribute their best without hijacking the album's direction. Surprising for someone usually hidden behind a drumkit, but on the evidence provided here Stens has his own vision as well as plenty of charisma to carry the role of the frontman.