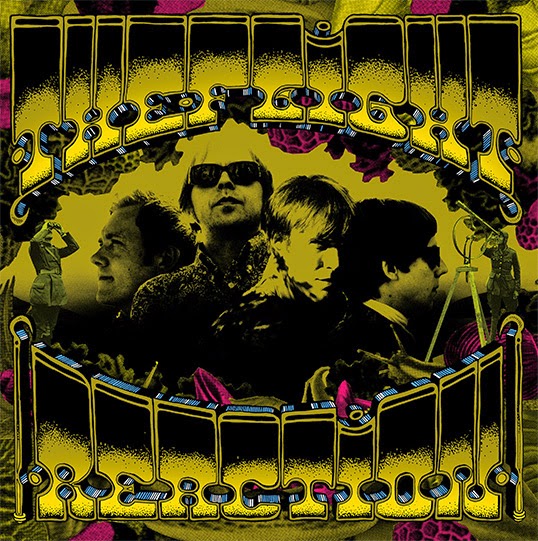 I've been looking forward to getting my teeth into this one. Ever since their previous single "Mourning Light" made itself known to me at the end of 2012, I've been curious about how this Swedish supergroup (featuring ex-members of The Crimson Shadows, The Giljoteens, The Maggots and Les Artyfacts) would approach the album length format.

While "The Mourning Light" single was a very strong piece of vintage garage, with nice, era-appropriate psychedelic flourishes, this self titled debut on the marvelous 13 O'Clock Records label has a much more epic scope to it than "Mourning Light" suggested.

There's still plenty of garage grit on display here, but there's also loads of sitar, mellotron, farfisa, and flute, not to mention a more expansive approach to the songwriting which ensures that this doesn't just sound like a collection of potential singles tacked together. "Every Time You Die" impresses early on with its claustrophobic, mellotron-laced arrangement building into something of a mini "S.F Sorrow". Even better is psychedelic Stones homage "Love Will See Us Through", which does the Rolling Stones trying to be the Beatles better than the Stones did themselves on "Their Satanic Majesties..".

And so it goes on, the influences are worn enthusiastically on sleeve, the production techniques are unerringly vintage (the Swedes do this so well), and most importantly the songs are memorable, anthemic and consistently more than a match for anything from the artists they evoke.

If the busy studio sheen of the new wave of psychedelia led by Tame Impala, Temples and the like makes you pine for simpler times, then this needs to be on your shopping list (it's certainly on mine!)