The Cleaners From Venus "Return to Bohemia" 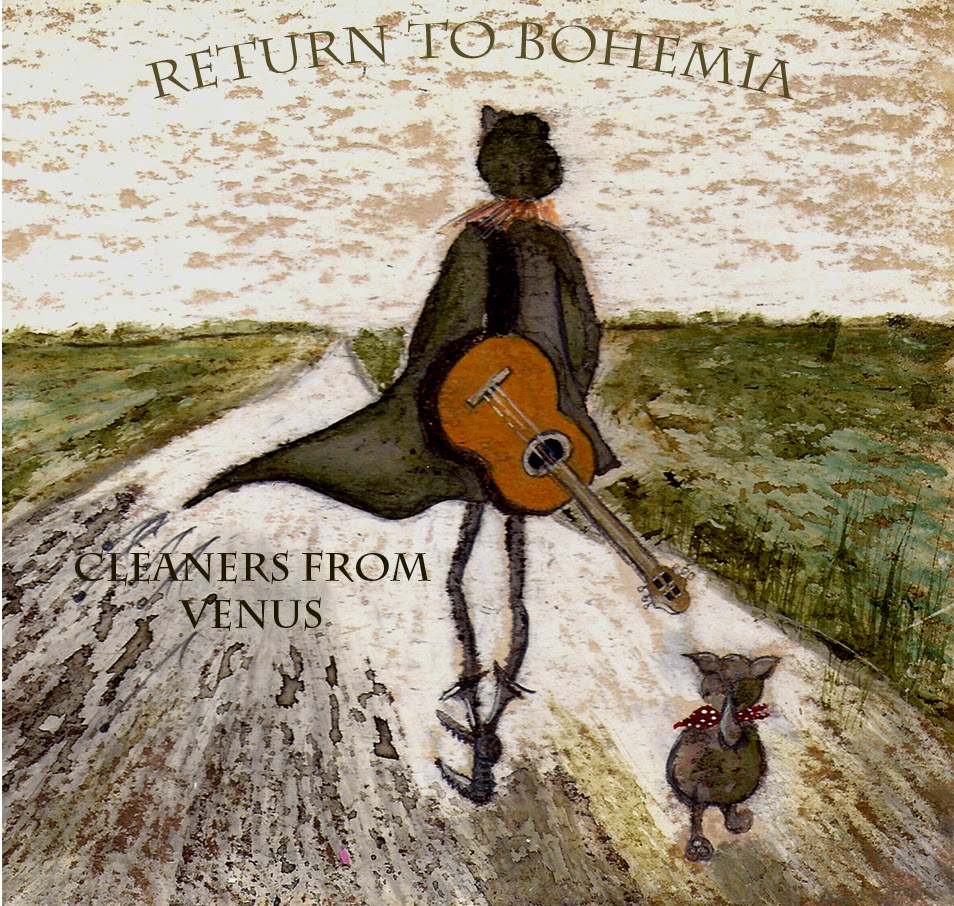 Because of Martin Newell's recent health scares, those of a cynical disposition may suspect that the unanimously positive reviews for this latest Cleaners From Venus album are a result not of its quality, but merely a reaction to the fact that it exists at all. Any such suspicions are quickly banished upon listening however as "Return To Bohemia" is every bit as excellent as we've come to expect from Mr Newell.

Riding on the crest of a new found wave of (semi) popularity courtesy of an excellent reissue programme on Captured Tracks this new album on excellent Indie label Soft Bodies is a return to a simple, self recorded aesthetic; an opportunity for Newell to create one of his "front room Rubber Souls" the way he used to (hence the title).

It's an appealingly intimate and ramshackle album with tracks like "Cling To Me" demonstrating both an off the cuff demo-ish charm, and the sorts of hooks that most other songwriters plug away endlessly, attempting to catch a glimpse of.  Elsewhere sparser tracks like "He's Goin' Out with Marilyn" have a more rounded and complete feel to them that suggest more deliberation and care.

It's naturally at its most affecting on tracks like "The Days of May", underpinned with a melancholy which, given recent circumstances, is given added poignancy. But when it comes down to it Newell is doing what he's always done: channeling an effortless songwriting deity and cloaking his outpourings in arrangements and melodies so right for them that they immediately sound both naggingly familiar, and impossible to replicate.

Marvelous, get it right away. And while you're at it get a copy of Giles Smith's "Lost in Music" if you haven't already. It's the best book about music you will ever read, and carries the odd amusing anecdote from Smith's days as a member of the Cleaners From Venus lineup.

You can stream selected tracks, or buy the CD or digital version through the widget below: