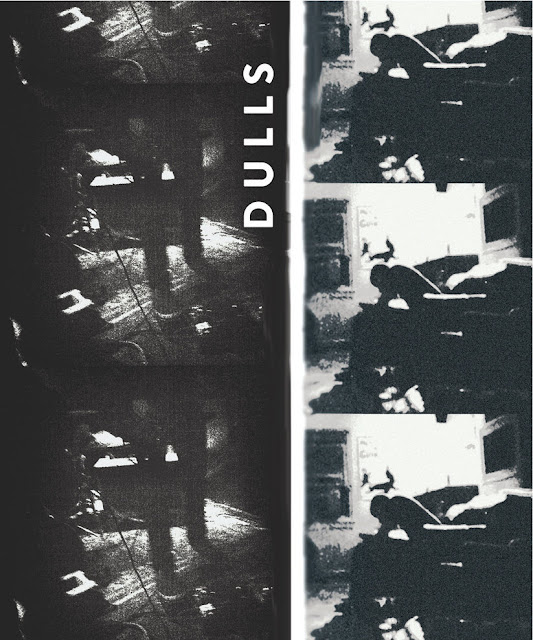 In recent years, psych, shoegaze and 90s-era indie rock have all been revisited, dismantled, and rebuilt but, every now and then, a band emerges from the wash with a refreshing take on the sound, recalling more than their idols’ guitar tones and teen angst. With their self-titled EP, out on limited tapes this past January, Philadelphia, PA’s Dulls treads some new ground over the course of four long-for-pop songs – hazy, doleful rock that recalls some current favorites and many past heavy rotations.

Though peers have often taken alternate routes, Dulls explores the subtler side – minimalist rather than maximalist (think Galaxie 500 or Black Tambourine) – and it works well for them as they, in turn, favor inventive structure and the natural voices of their instruments over oblique noise washes. Of course, Dulls is still willing to unleash a lead that drips with reverb and delay, but, as a whole, they pace themselves, welcoming punk bite and psych overtones into the fold, too. Throughout, they’ve stripped dark, atmospheric pop songs to their necessary parts. The four songs are rough in all the right ways – lo-fi, gritty, experimental – but prove themselves over continued listens with depth and warmth too.

The EP hinges upon a dynamic, explored between songs but also within songs or passages. The light, impressionist progressions are often off-set by hard-working bass lines; blissed, psych leads by lush, dream pop. Starter, “Clay” builds upon a hazy, melody with sonorous bass and drums but takes an interesting turn during its middle passage, utilizing drones to sustain the progression before returning in full force. Alternately, “Glow” strikes a different stance, immediate and direct from the start, almost dripping with punk swagger. Within this range, Dulls has found their balance, creating an impressive and promising debut.

“Dulls” is available digitally or on limited edition cassette (with download) from their Bandcamp page, where you can preview three songs.

Look for more from Dulls – and hopefully soon.