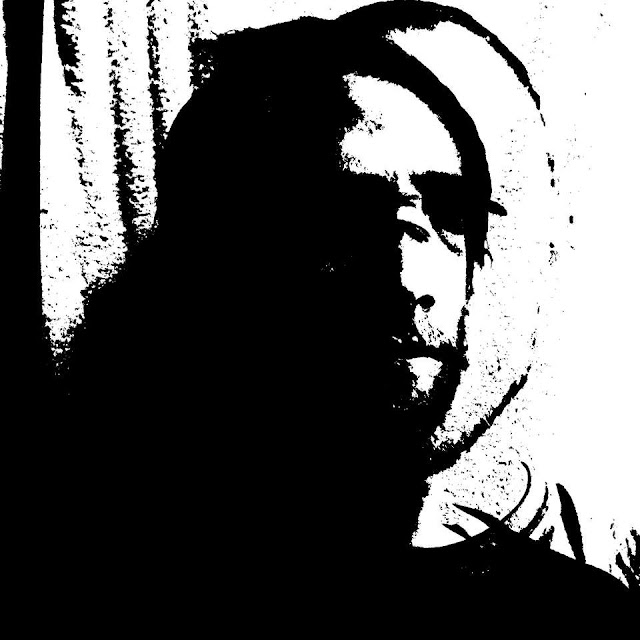 Denmark's Moongazing Hare, the ongoing project of David Folkmann Drost, has released several albums of subtle yet striking psych beauty since emerging in 2009, not least last year's 'Changing Tidelines' (which featured musical interpretations of journal and blog entries from an online friend) and 2014's superb 'Under Sundayland Lights'. Folkmann Drost describes his music as 'desperately home made and mostly well-intentioned' which may be true but also belies the panoramic and rich detail that is contained therein. He also states that 'Wild Nothing' 'has been long in the making and is finally being released digitally, so as to get it behind me'. We should be glad that he has done so as this is an album that, upon even first listen, will find a comfortable and permanent home in your heart.

Opener 'Slow Release' begins with the glow of harmonium and the chime of dulcimer as Folkmann Drost's warm and affecting vocals emerge out of the darkness like city lights at night. Reminiscent of the wide-screen and evocative works of United Bible Studies (with whom David has played), this is a truly heartstopping and impressive introduction to the album. 'Wit's End' circles into view on bowed strings and reverberating drones, a sense of unease compounded by bursts of fiery, molten guitar that sound like comets streaking across the sky. This is thrillingly effective and quite unexpected. The album's title track follows, delicately picked acoustic guitar accompanied only by Folkmann Drost's voice and a shimmer of glacial e-bowed guitar; this is a quiet yet powerful piece of affecting psych folk that Bonnie Prince Billy would be proud to have written. Indeed, there is something of a similar feel on 'Wild Nothing' as on Will Oldham's classic 'The Letting Go'; a wintry yet warm air of melancholy beauty. Next, 'Dust On Your Breath' follows in a similar vein, echoed guitar expertly framing a gentle lament that builds with layered vocal harmonies and a heartbreaking sense of beautiful resignation. 'No Wild Things' is a tense and reflective soundtrack to a spoken word piece, a glistening landscape of twinkling lights and stillness.

Following this, 'The Grand Banks Empty' is a reverb drenched confessional; at times on the album it almost feels like Folkmann Drost is in the room with you and this sense of the personal and intimate only benefits the emotional impact of the songs. 'April's Fever' is a tapestry of organ, gently distorted guitar and percussion that creates a warm processionary and stately waltz that seems to herald the coming of spring and the return of the light; hope bleeding out of each step. 'Into Poppy Fields' utilises backwards field recordings and synth notes to develop a wildly and pleasingly disorientating hallucinatory swirl whilst 'Just Can't Handle It' is a masterfully heartrending, banjo led piece of lonely Americana. The folk inflected 'The Salmon Wives' is an album highlight, xylophone picking out a delicate melody as recorder and mandolin merge in a timeless and magical manner. The album ends with 'True Comfort', the swell of harmonium and chatter of voices taking us almost back to where we began, Folkmann Drost's multi layered vocals creating a truly hymnal effect. A sense of catharsis and emotional healing is inherent as a lone Irish whistle adds to the windswept atmosphere; it feels as though this song could be being sung at the edge of the world.

Moongazing Hare are very much a part of the growing new wave of underground psych that is currently bestowing untold musical riches upon us, alongside fellow travellers such as United Bible Studies, David Colohan and Trappist Afterland. This then is an album of rare beauty and fragile grace that comes highly recommended. Wait till dusk, dim the lights and travel into some wild nothing.

Available now at Moongazing Hare's Bandcamp page. Do investigate their superb back catalogue whilst you are there.