Mayflower Madame - Observed in a Dream 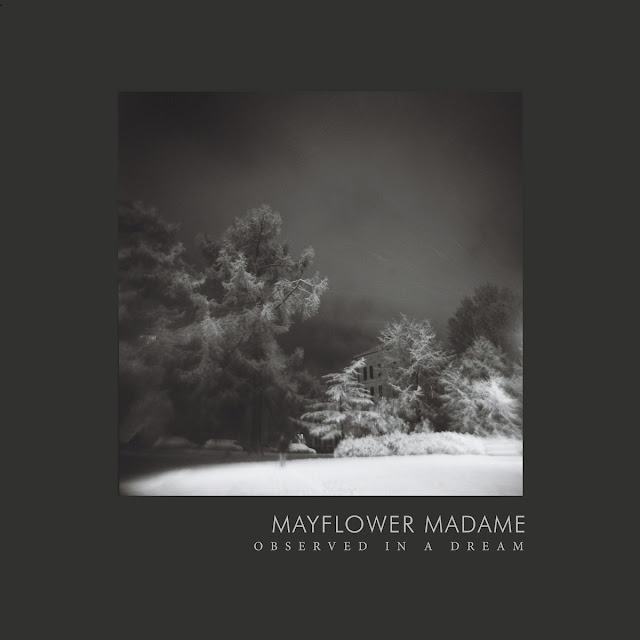 Oslo, Norway’s Mayflower Madame recently put out their debut full-length, "Observed in a Dream", on their own label Night Cult Records and on Custom Made Music in the U.S. Equal parts post-punk, shoegaze, and dark psychedelia, Mayflower Madame has made a name for themselves through their frenetic live shows, which include the festivals Norwegian Wood and Oya Festival as well as support for Crystal Stilts, Night Beats, the Cosmonauts, Crocodiles, Disappears and Moon Duo. At first listen, the band recalls most obviously new wave/post-punk legends Echo & the Bunnymen or the Chameleons, both of whom – as does Mayflower Madame – borrowed a heap of menace and swagger from the Doors. As follow-up to their 2013 EP "Into the Haze", "Observed in a Dream" makes leaps forward for the band.

Turn to “Lovesick,” which assembles itself around a catchy, new wave-inspired progression; however, it’s everything that’s happening around that progression that sets Mayflower Madame apart. Beneath the clunky, propulsive chords, there’s a whole other thing altogether. I can’t help but wonder what the track would sound like without the rhythm guitar, which, don’t mistake, is perfect tonally, for there are layers of ambient leads, walking bass lines, and a snappy rhythm. Then there is guitarist & vocalist Trond Fagernes’ voice atop it all to masterfully lure one in.

Toward the close of the album," Observed in a Dream" plots similar terrain but shifts the focus to a more ambient instrumentation, letting notes trail and spiral while the bass holds down the riff. As a whole, this is a strong debut from a band with obvious mastery and inventive songwriting. This one has enough for those needy listeners after depth and invention while remaining more than friendly for all.

"Observed in a Dream" is available now through Mayflower Madame’s Bandcamp page digitally or on vinyl and CD as well as through Custom Made Music if you’re looking for a cassette.