The Dandelion Set - A Thousand Strands 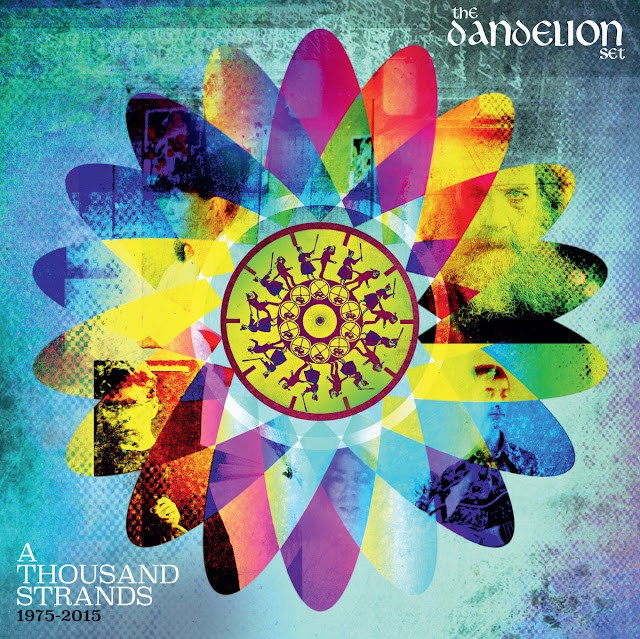 Alan Gubby's Buried Treasure label have released a couple of pretty stellar releases of late in "The Delaware Road" and John Baker's previously unreleased Radiophonic Workshop recordings "The Vendetta Tapes", so it was with great interest that I approached this new debut release from the Dandelion Set (who have previously featured on one of our Active Listener Samplers with this non album track for completists).

A collaboration between Glyn 'Bigga' Bush (Lightning Head, Rockers Hi Fi) and PK Chown (James Beige, Mr Liquorice), the Dandelion Set list Broadcast, Madlib, and Wendy & Bonnie among the artists they like on their Facebook profile, so it's no surprise that this is a ridiculously schizophrenic (schizophonic?) offering. What is surprising is how well it all fits together, despite it's uncategorisable nature.

It's a strangely out of time recording which, despite its lavish, often beaty production, recalls the anything-goes experimentation of the late sixties and early seventies, with Joe Byrd's recording projects in particular coming to mind.

There really is a bit of everything here. Opener "Pristina Strawberry Girl" is creepy psychedelic pop, coming on like a Syd Barrett take on "Willow's Song", but just as you feel like you've developed an idea of what will likely follow, cult writer Alan Moore pops up to helm the nightmarish dystopian vision of "Judy Switched off the TV". And so It continues, switching from library sounds, to Canterbury jazz-prog, to futuristic urban film noir, to whispered chanson, to woozy, flutey psychedelia, and that's only taking in the contents of the first half, harpsichords, Moogs, dulcimers and all.

It's an exhaustive listen, almost as if Bush and Chown wanted to capture all of their ideas on tape in one flurry of activity in case it was the only chance they got to ever do so. This approach should by all rights result in a disorientating mess of a record, but somehow each surprising feint is delivered with such assuredness, that one can't help but be convinced that turning off the GPS and handing Bush and Chown the keys is absolutely the thing to do. It's quite a ride they'll take you on, folks.

There's a lot to take in here, and I've only just begun to peel the layers back, despite numerous listens. For those of an adventurous mindset, you've potentially found your most listened to album of 2016 right here. Investigate immediately or you're off my Christmas card list.